International Womens Day 2011-Where Do Transwomen Fit In?

Today is not only International Women's Day (IWD), but we're celebrating the centennial observance of it.

The first observance of International Womens day was on March 19, 1911 in Austria, Denmark, Germany and Switzerland .   Over one million women and men attended rallies in which they called for women to have the right to vote and hold public office.  They also demanded women's rights to work, to vocational training and to an end to discrimination on the job.

The IWD is marked with a message from the UN Secretary-General and hundreds of events occurring on this day and throughout March to mark the economic, political and social achievements of women.

Of course, you know the TransGriot had to ponder the significance of this day from a transwoman's perspective.

As the 100th observance of this day dawns, we are 50 plus years past the February 1953 date when Christine Jorgenson stepped off a plane from Denmark and into the flashbulb popping glare of the world's consciousness as the first transwoman to garner widespread media attention. 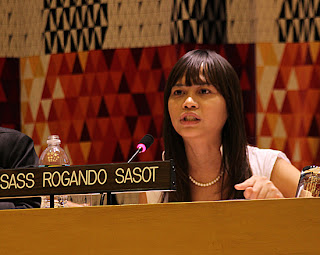 As of IWF 2011, we transwomen around the globe have had a mixed bag of progress and pushback that in many ways mirrors our cissisters, but in other instances pales in comparison.

We have been fortunate to have had a long list of transwomen around the world who have been willing to do and are eminently capable of doing the education about our issues to their nation's citizens.and in some cases to international bodies such as the United Nations.  They have tirelessly pointed out our shared humanity and the intersectionality of our concerns with our cissisters and anyone else who would listen.

But we do have a long hard road to travel as we take a snapshot of where international transwomen stand as we celebrate the centennial IWF anniversary.


In terms of our economic status, while there are transwomen that do well economically, others depending where they reside aren't so fortunate.  Far too many of us are unemployed or underemployed thanks to the discrimination we face.   Still more are forced to engage in sex work with all the inherent risks involved just to survive. 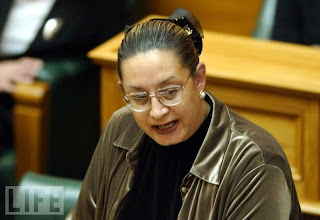 Politically since Georgina Beyer and Vladimir Luxuria left the New Zealand and Italian parliaments, we currently don't have any out transwomen in national legislative making bodies.

There has been some slight progress in local or regional lawmaking bodies.   We have had increasing numbers of transpeople running for public office.  We have in the United States one elected and one appointed judge, and one transperson was reelected to serve on the Hawaii State Board of Education..

We've also had a transwoman receive a historic presidential appointment from President Barack Obama as well.

Legislation addressing our various issues in several nations has either passed or is progressing in the various levels of government.   But sadly, there are instances where trans friendly legislation is stalled, delayed, or doesn't address the ills it purports to cure because of flawed crafting by allies unfamiliar with or insensitive to our concerns..

The centennial IWD 2011 theme is 'Equal access to education, training and science and technology: Pathway to decent work for women' 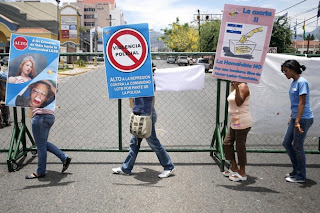 We definitely need that in the trans community    Access to education and training in science and technology would go a long way toward providing that decent pathway to meaningful work for transwomen.

But at the same time we need laws on the books to protect our human rights so that we can get that education without being harassed.   We need legislation with enforcement teeth in our various nations so that we can confidently enter the workforce and compete for, get and hold whatever job we acquire without interference from the transbigots who would seek to impede our social and economic progress.


And yes, we need more transwomen willing to fight for our human rights as spelled out in the Yogyakarta Principles and the UN Charter. .  We need transwomen tough minded enough to run for public office in our various nations to help craft those laws that will help our transsisters get that employment to improve their lives..

And where do we transwomen fit in on this International Womens Day 2011?   Alongside our cissisters as allies ready, willing and able to do our share to help them out, and we hope they feel the same way about us as well..