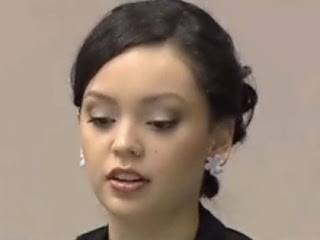 In the eight years I lived in Kentucky I never saw either the Miss Kentucky USA or Miss Kentucky Pageants televised live on local television,  but have always had the ability to flip the television set on here in the Lone Star State and watch both the Miss Texas USA and Miss Texas pageants on my local TV station. 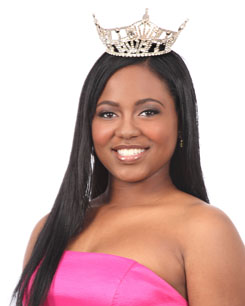 There was a court battle that took place recently to decide who was the Miss San Antonio titleholder.   17 year old Domonique Ramirez was stripped of her title in January by pageant officials.  Her first runner up, Ashley Dixon wore the pageant crown for a few weeks while this issue was being litigated.

The battle went to court, and yesterday a jury awarded Ramirez the Miss San Antonio title back but no monetary damages.

Ramirez is thrilled with the legal win, is more than ready to get prepared to win the Miss Texas pageant and said in a subsequent interview that she'd like to share the Miss San Antonio crown with Ashley Dixon.

The Miss Texas pageant will take place in Fort Worth this July, and it'll be interesting to see if Domonique does place in the Top Ten, much less even wins Miss Texas and moves on to the Miss America one..