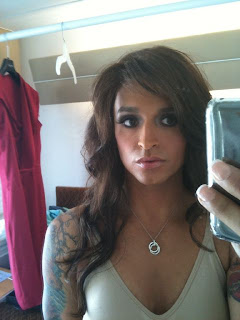 IFGE posted on its FB page a note about tonight's upcoming Harry's Law episode on NBC entitled 'Send In The Clowns'.   One of the storylines in it is about one of the attorneys defending a trans woman in a wrongful termination suit.

Well, what's mine, IFGE's and more and a few trans people's  problem with that?   They have a gay male actor in Queer Eye For The Straight Guy's Jai Rodriguez playing the role of the transwoman.

Well, at least we have a little diversity in this one assuming the character is a trans Latina (and yes, the sarcasm meter is on maximum) . The characters that have been on the small screen have predominately been white ones, and we can't even get a Black transperson real or fictional on the small screen


What's up with that?    And what's up with Hollywood reinforcing the stereotypes that transwomen are gay men or drag queens?

No we aren't., and that's another tired meme that needs to die. 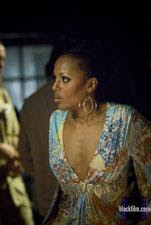 
I have to wonder if what Kerry Washington mentioned when she was doing interviews a few years ago about her role playing transwoman Marybeth in the movie Life Is Hot In Cracktown is the prevailing attitude of writers, directors and people doing the casting when their productions have trans characters.

She noted that she almost didn't get the Marybeth role because she was considered by the director as being 'too beautiful' to play a transwoman'.

Really?   How many times do I have to point out there are many of my sisters that are all that and three bags of chips in the beauty department?
.

I may have to take a look at this episode of Harry's Law to see how the subject was treated.

But even if it's written with sensitivity and accuracy in the role, it's still problematic that this episode has a gay male playing the role of a transwoman.