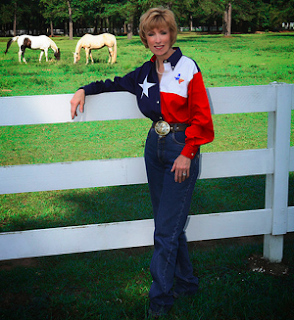 Well, to all the Latinos who screwed up and voted for Republicans in the last election cycle, your vote enabled the GOP to start enacting Juan Crow laws with their 101-49 supermajority aimed to jack with you..

One bill would make English the official language of Texas.  Another seeks to place an 8% surcharge on all money wired from Texas to Latin America.

Another proposed Juan Crow bill would require police officers to ask every person they stop what their citizenship status is.


And the message you should take from this, Latino/a community?   The same one we African Americans received loud and clear a long time ago.  The Republican Party are not your friends, either.

But back to the subject of this post.   Rep. Debbie Riddle (R-Tomball), the Tea Klux Klan's favorite woman in Austin has filed an eyebrow raising bill that's getting national attention.

Riddle's House Bill 1202 anti immigration bill creates tough penalties for those people inside the Lone Star State who "intentionally, knowingly, or recklessly" hire an unauthorized immigrant. Violators could face up to two years in jail and a fine of up to $10,000.

But peep the exception that is carved into the 'tough on undocumented immigration' bill     You avoid punishment in Riddle's bill if the unauthorized immigrants are hired "for the purpose of obtaining labor or other work to be performed exclusively or primarily at a single-family residence."

Yep, if you're hiring an undocumented worker as a maid, a lawn caretaker or another houseworker, you get to slide on it thanks to the 'compassionate conservatism' of Debbie Riddle.. 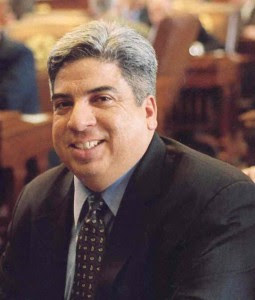 Texas GOP governance at its finest.   They hate on everyone else but express compassion for conservatives only.

And what did sellout Latino Republican state rep Aaron Pena, who was elected as a Democrat in the Hidalgo County area but switched parties before the legislative session started have to say about it?

“When it comes to household employees or yard workers it is extremely common for Texans to hire people who are likely undocumented workers,” Pena told CNN. “It is so common it is overlooked.”

Yeah, right.   Looking forward to the end of your term in 2012 when the people you pissed off with the party switch   get their chance to vote you out of the HD 40 seat assuming you don't get bounced in the GOP primary after they redraw the district for not being 'conservative enough'.

Love my home state, hate the hypocritical right wing politicians ruining it.    The only saving grace is The Lege only meets every other year until Memorial Day..