Utah Transwoman Humiliated At DMV, Ciswoman Stands Up For Her 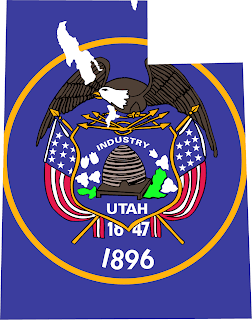 If you want to know why many of us have been going straight the hell off about the unjust HB 235 law being pimped in Maryland by our 'allies', this news coming out of Utah will add more gasoline to the fires of our discontent.

On Thursday Amber Anderton entered a branch of the Utah DMV in Salt Lake City simply wishing to get her Utah drivers license renewed.   Instead of courteous service by the civil servants employed there, she watched as a trans citizen of the Beehive State ran into disrespect, transphobic ignorance and bigotry.

Anderton watched as the 29 year old anonymous transwoman was subjected to being mocked by DMV employees, have transphobic slurs hurled at her, and was forced to scrub her face of her makeup and pull her hair back before she was allowed to take her license photo.

Appalled at what she'd just witnessed, she went to the abused transwoman to comfort her and asked her if she was going to file a complaint.  Even though the transwoman was livid, she replied to Anderton she didn't want to cause a scene.

Anderton decided to file the complaint over what she had witnessed and marched up to the DMV branch supervisor who only gave his first name as John.    When Anderton said to him, “How dare you treat people this way! Would you make any other woman take off her makeup to get her licensed removed?” The supervisor coldly responded that “That is not a real woman, it’s a man."

I hope that the Utah transwoman who endured that harassment will channel that anger into action against the Utah DMV branch like Amber Yust did in California.   The employees who dehumanized her need to pay for their actions.   Iinaction will only ensure that the next transperson who enters that branch or even some cis person with ambiguous gender characteristics will get disrestected in the same manner..

But at the same time, kudos to Amber Anderton for standing up for one of our sisters.    You've done more to stand up for a transperson's dignity, human rights and self respect in one day that gay advocacy orgs have done in decades.

Posted by Monica Roberts at 7:25 PM