The Power Of Denial 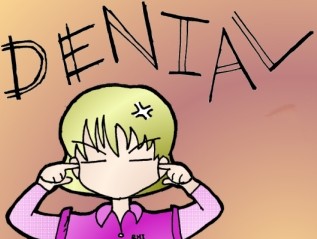 I got into an interesting discussion the other day which was triggered by a trans girlfriend of mine posting a beautiful circa 1977 picture of herself.

She wistfully stated in the comments that she should have realized at that time she was more than just the gay man she thought she was and began the road to transition, especially since she was living as a woman 24/7/365..

I definitely felt her pain at that moment.   It made me think about the decade of the 80's I wasted being in denial of the fact I was a transwoman as well..

Denial is also strong in our opponents as well.     They seek to deny the fact that there are people who can be born male but have drop dead gorgeous feminine features sometimes without hormonal assistance.  They wish to dismiss the fact that the prejudice and hatred they stir up against us has a deleterious effect on our lives up to and including people who wish to violently end them      They ignore the increasing medical evidence that we have the brains, emotions and personalities of women housed through no fault of our own in male body shells   That we transwomen are not godless people 'mutilating our bodies' but spiritual people morphing them with the help of caring medical professionals to be the persons we were created to be. 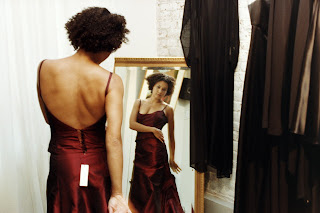 But we both agreed that denial is a powerful force in our lives.   We so want to be like the other cispeople in the world it's hard to come to terms with the fact that you are different.   It's hard to deal with the accumulating empirical evidence that you are on the wrong side of the gender fence and the only way to be happy, whole and complete is to expeditiously do what it takes to make mind and body match.

But we also have to come to terms with the fact that we can't beat ourselves up over the timing of our transitions or how long it took us to get down that pothole filled road to becoming the Phenomenal Transwomen we are.    Going through some of the experiences I did in the 80's helped shaped the person I am now.    Would I be the same person if you change my transition date to 1977?  1981?  1985?  1990?

Probably not.   It would alter my life in ways that 2011 Monica wouldn't recognize and that' something I can't deny (pun intended).

So yes, denial is one of the things along with shame and guilt that we transpeople fight a never ending battle against in our evolving feminine journeys.   Sometimes we're successful at dealing with it, sometimes we aren't.

But our best weapons against it are the truth, a reality-based transition, and a cadre of sistahfriends who will call you on your BS when necessary.