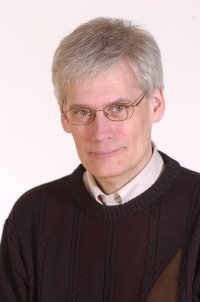 TransGriot Note:  Another one of the bummer moments coming from the recent dissolution of the Canadian parliament is that MP Bill Siksay's retirement from politics becomes official as he announced a few months ago he was not running for reelection in his Burnaby-Douglas riding.

As a ally to the Canadian trans community, he will definitely be missed.     He could teach our GL community in the States a few things about what it means to be an ally to our community.

Here is his parliamentary farewell statement.

Mr. Bill Siksay (Burnaby—Douglas, NDP): Mr. Speaker, it has been an honour to represent the people of Burnaby—Douglas. As a gay man, it has been an honour to represent the queer community in this place.
My work here has been possible thanks to that of many other comrades in my offices: Jane Ireland, Sonja van Dieen, Ayesha Haider, Caren Yu and Andrea Emond, Lynn MacWilliam, Corie Langdon, Gillian Chan and many interns. Their professionalism, creativity and service to the community and this institution have been outstanding.

I am inspired by my leader and caucus and many party activists. I salute my brothers and sisters in my union, CEP 232, for their dedication to ensuring what we desire for ourselves we seek for all. I want to thank the employees of the House of Commons without whom I could not do this job.

I want to thank my family, my partner Brian Burke, my parents Bill and Pat in what we came to know as the Whitby office, Keith Gilbert, Brad Teeter, Russ Neely and my brother David and his family for their steadfast love and care. I have also been blessed with the best riding association thanks to the commitment and talents of many folks, including Lil Cameron, Lila Wing, Michael Walton, Marianne Bell, Jaynie Clark and Doug Sigurdson.

I will miss working in solidarity with dedicated people. The transgender and transsexual communities have taught me so much about our humanity and courage. I wish we had a bit more time. I have learned much from peace, anti-war and nuclear disarmament activists, gay and lesbian couples determined to walk through the front door of the important institution of marriage, those detained and working to repeal security certificates, war resisters, local activists on homelessness and poverty, the environment and industrial and transportation safety, animal rights activists, the labour movement and refugees, immigrants and temporary workers and their allies, supporters of CBC Radio Canada and those seeking more open government.

My predecessor Svend Robinson once remarked that the highest duty of a member of Parliament is love. Love should be our daily agenda, a daring, justice-seeking and tender love. Someday, even here, we will find that path where all we do we do for love.