A Congressman Beat Watson-Guess What Party He Belongs To? 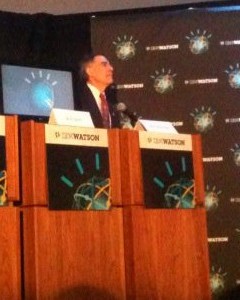 IBM has designed a Jeopardy! playing supercomputer named Watson who so far has easily taken out all time Jeopardy Hall of Fame champions Ken Jennings and Brad Rutter..

Had to chuckle when I discovered that a slightly slower version of Watson was rolled out for another exhibition match featuring it versus humans.


What is the Democratic Party?

As to the identity of this congressmember, I'll reveal who it is in the form of a Jeopardy question.


This five time Jeopardy champion and rocket scientist represents a district in New Jersey.  Name him.

Who is Rep. Rush Holt?

We're proud to have people in our party with brains.   That's more than I can say for the GOP, with is proud of its Ignorance.is Strength image.

But Rep Holt played the Jeopardy exhibition match with Watson to underscore the importance of doing basic research and development, especially in technology. 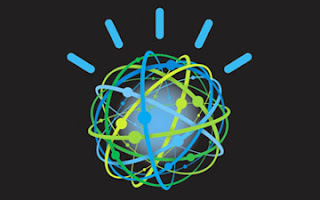 "The purpose of the exhibition game was “to highlight the importance of technology… science and math education and research and development are vital to our nation so we can out-innovate, out-educate, and out-build the rest of the world,.” said Rep Holt.

He's right.  If we are going to stay competitive as a nation in a 21st Century world in which China and India are coming for us and ratcheting up their education efforts, we can't compete with them by cutting investments in education as GOP governors around the country are doing to give tax breaks to the superrich and corporations..