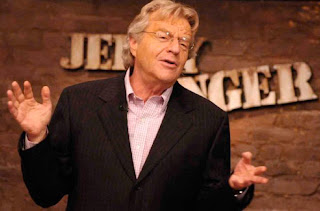 Next to 'radical feminist', 'WBT' and  'fundamentalist Christian', the words guaranteed to garner a visceral negative reaction from many transpeople in the community are 'Jerry Springer'..


When he started his long running talk show in the early 90's, ironically it broadcast some informative shows on trans issues when he was trying to compete with the then king of the talk show format in Phil Donahue.

But it's been all downhill toward becoming the King of Trash TV since 1995.   The negative images transwomen are battling in the 2K10's have some of their roots in the Springerized impressions of us that have been beamed into American living rooms for almost two decades. 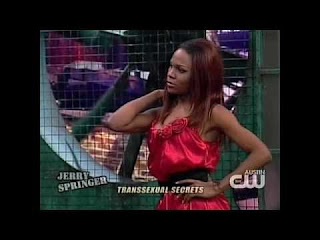 
So why do young Black women of transsexual experience continue to appear on the show?     They do it for various reasons.   Peer pressure from friends who think it will be 'cute' and 'cool' for them to do so or think it's their only route to national media exposure.   Some want the one time paycheck they'll get and the trip to Chicago for the taping of it.   Some want their fifteen minutes of fame by any means necessary.   Some have the misguided impression that an appearance on Springer will lead to bigger and better things.

Yeah, right.  Name one Springer guest who parlayed an appearance on that circus into a lasting show business or other gig besides former Springer head security guard Steve Wilkos?
.
I'll wait. 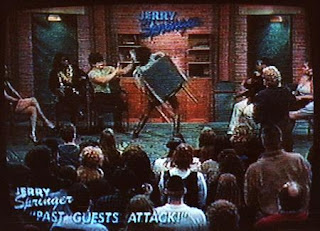 But if you are an African descended transwoman and wish to have your womanhood taken seriously in this society and be taken seriously in the trans community as well, you'll need to hang up the phone or tell the Springer producers to lose your number when they try to book you on their show.


If you think Moni's sellin' you woof tickets, ask Nikki Araguz about the long term negative ramifications of a Jerry Springer appearance for the quick buck.


In 1997 Springer's people called me and asked if I could come on their show.   When I asked what the topic of the show would be, they hemmed and hawed about it.   When  I asked them if Jerry was going back to doing informative shows about trans issues, they said no.  I told them to lose my number. 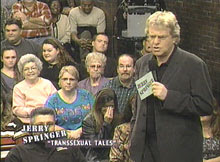 One of the reason you tell them no, especially as a young transwoman of color is that the Jerry Springer Show exploits transwomen of color for ratings points.  You need to be thinking more about your future, not the immediate exposure or the quick buck.

What if five or ten years from now you are in position to make history as a transperson and run for public office?   What if you have a legit modeling gig you worked hard to get?   A promotion at a job?  You find yourself being the plaintiff in a legal case that has major ramifications for trans civil rights?

But because of your little snippet of Springer video you shot in your late teens-early twenties to be 'cool' or 'cute', the designer passes on you..  You lose an opportunity at a major promotion.   Your political opponent uses that Springer video to kill your campaign or the opposing attorney uses it to trash your credibility in the legal case.

Contrary to the misguided opinions of some people, appearing on Springer isn't 'cute', 'cool', doesn't enhance your credibility as a Phenomenal Woman of trans experience or lead to bigger and better things.

It does the opposite.  It belittles your trans experience and destroys your credibility.

I like playing dominoes like all good Texans, and we have a game saying that's also applicable to life situations.   It's an admonishment from your playing partner that states, 'All money ain't good money." 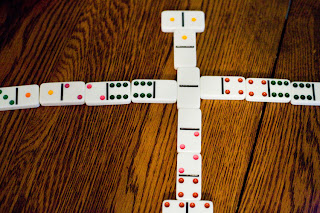 It refers to taking the fast and easy five or ten point play for points now that sets you and your partner up for getting clobbered by a backbreaking 15, 20, 25 or 30 point play by your opponents on the other side of the table that could cost you the game depending on the timing of it.

Appearing on the Jerry Springer Show is one of those 'all money ain't good money' life situations, especially if you have dreams of being a finer specimen of Black trans womanhood.

So young Black transwomen, when the Springer peeps call and try to lure you on their show, tell them to lose your number, especially if you have dreams of doing bigger and better things in your life.

You'll be doing yourself and the African descended trans community a favor at the same time.