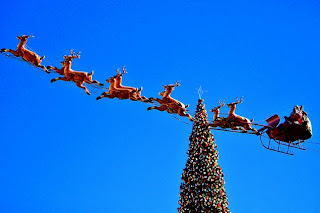 It's been a holiday tradition since 1955 and the 2010 edition of the NORAD Santa Tracker is up and running.    And yes, it even has an app for your phones as well. 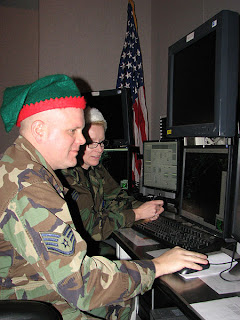 The tradition started as the result of a Colorado Springs, CO based Sears placing an advertisement in the local newspaper that included a phone number that kids could call to talk to Santa.


However, the number in the printed ad was incorrect.   The calls meant for Santa ended up going to CONAD (the Continental Air Defense Command), the forerunner of NORAD.

On the night a December 24, 1955 the officer on duty that night, Colonel Harry Shoup, instructed his personnel to give all children who called in that night a current location for Santa Claus, and a tradition was born.

Today it has morphed into the corporate sponsored NORAD Tracks Santa program which uses volunteers from Cheyenne Mountain and Peterson AFB.   The program also has Facebook and Twitter pages and is responsible for the Santa reports you see included in your local news outlets Christmas Eve weather forecasts. 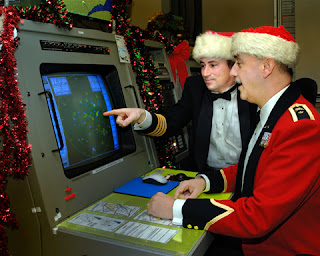 And since Santa's workshop has an undisclosed location somewhere near the North Magnetic Pole and is inside Canadian territory, the US based NORAD trackers get a helping hand from their Canadian counterparts as well.

And kids, to keep Santa safe on his nocturnal mission of present deliveries he gets fighter escorts while over United States and Canadian airspace.

So in case you were wondering how NORAD tracks Santa Claus on Christmas Eve and when the tradition  got started,  now you know.