Autumn Sandeen On The DADT That Forgot Me 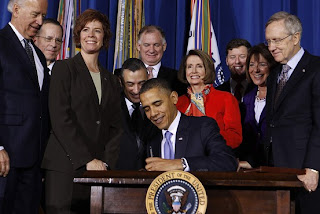 President Obama has signed the repeal of DADT into law.   Gee, sure is funny I don't hear cries of 'crumbs' emanating from the predominately vanilla flavored GL peanut gallery aimed at the POTUS since that historic vote happened.

But while the GL community is celebrating their early civil rights Christmas present today,  the trans community is still dealing with conflicting emotions. 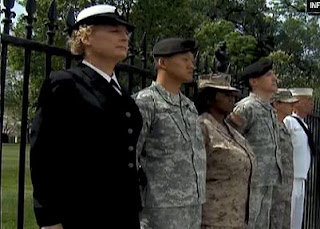 While we're happy for our GLB brothers and sisters that discrimination has ended for you and you have a achieved one of your civil rights legislative planks after a 17 year fight, the reality for the trans community is that once again your so called trans allies were Left Behind.

All we received was lumps of coal in our civil rights Christmas stockings.

Autumn Sandeen, who was arrested and jailed twice in White House direct action protests over the DADT issue, comments at Pam's House Blend about the melancholy emotions she and other trans veterans and service members are experiencing on this historic day.