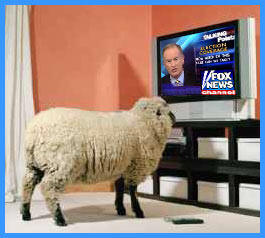 One of the things I consistently point out in this blog is that conservatism is a political philosophy for people who don't want to think.

It requires an 'othered' group to rally their adherents around and bait and switch the sheeple into focusing their hate, scrutiny and grievances on someone else that doesn't look or think like them while the people that are spouting the BS and screwing them share their ethnic heritage. 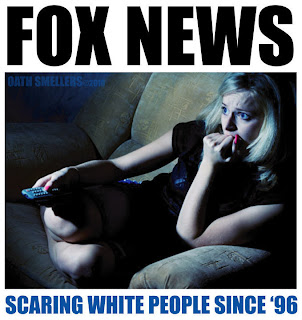 It also requires a propaganda network of radio, TV, electronic and print media designed to deprive them of the information needed to make intelligent political decisions and cast informed votes as well.

The conservatives bristle when we liberal progressives call them stupid, but let's get real for a moment.

What would you call a group of people who continually reject Mount Everest sized piles of evidence that conservatism only benefits the wealthiest 1% of the population,  but continue to allow themselves as they have been for the last 150 plus years to vote against their own political and economic interests?


Yep, to paraphrase the line Katt Williams' character Money Mike said in the movie "Friday After Next', you can lead conservafools to water but you can't make 'em think.
Posted by Monica Roberts at 12:00 PM