What I'd Like To Give The Black Trans Commmunity For Christmas 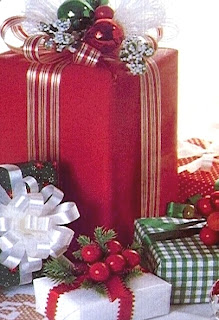 The Festival of Conspicuous Consumption continues rolling on to its conclusion on December 25, and as everyone is buying and wrapping gifts, sending Christmas cards, attending those holiday parties and looking good in the process your trans family members aren't feeling the love this holiday season.

So as I'm was sipping my egg nog (minus the alcohol this time) and watching the glut of holiday commercial clogging the television airwaves I started pondering this question.

If I had the power to grant gifts to my chocolate flavored trans community, what would they be?

*First and foremost,.an end to the shame and guilt issues with the gift of pride.    Pride in ourselves, pride in each other, pride in our community.

*A documented history we can point to.   As Wyatt T. Walker stated in a December 1967 Negro Digest article, "Rob a people of their sense of history and you take away hope."

*Recognition of who our trans heroes and sheroes are and never allow those peeps to fade from our collective memories.

*A muscular Afrocentric trans organization that will fight for our issues and our community.

*Chocolate trans role models and leaders who say it loud they are Black, trans and proud and role model the behavior on a regular basis.

*A chocolate trans community that interacts with each other, has Afrocentric resources and institutions and has connections with its trans cousins across the African diaspora in Canada, Great Britain, Latin America, the Caribbean and Africa.

*An end to people directing near genocidal levels of anti-trans violence against us.

*An end to school bullying so my transpeeps can get that education.

*Seeing representatives of their African descended community holding major leadership positions, being spokespersons for it in mainstream media, and our issues and concerns being reflected in the overall trans community political agenda.


*Allies inside and outside the community that will go to the mat and then some for us and ain't squeamish or 'scurred' about doing so.

*An end to faith based ignorance and trans hatred in my African descended community and across the Diaspora. .

*HBCU's and Black organizations 'ejumacating' themselves about their African descended trans family members and adjusting policies and procedures to eliminate discrimination against us..

*An end to megachurch ministers in this community pushing hatred of us to line their own pockets, earn conservafool brownie points or pimp their political power grabs.

*African American transwomen finally being recognized as and for being the Phenomenal Women we strive to be.


*Finally, love.   Love for ourselves.   Love for our transbrothers   Love of our chocolate trans community    Love and acceptance from our families, each other and our African American cs family.