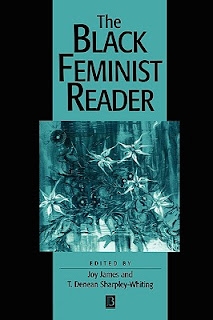 I'm not a feminist and identify as a womanist, but I was intrigued to see the note on Dr Kaila Story's (AKA Niece) Facebook page in which she talked about a chat she'd had with Dr. Yaba Blay and Dr. Brittney Cooper

When they aren't teaching their lucky students at their various colleges, Niece is the co-host of the WFPL-FM radio show 'Strange Fruit', Dr. Blay was featured on the recent episode of the CNN series Black In America, and  Dr. Cooper is one of the co-founders of the Crunk Feminist Collective.

They discussed the persistence of terrible images of Black women in Hip-Hop music and during the course of that discussion, Professors.Story, Blay and Cooper began a dialogue about the need for an updated anthology of Black Feminist Thought.

That what happens when you get three brilliant and accomplished African-descended women chatting about issues in our community. 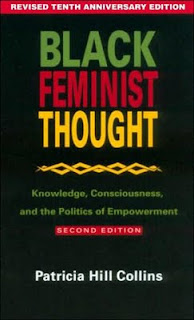 I hope if that anthology comes to pass and becomes available, Black feminists will take the opportunity to make it explicitly clear where their movement differs from white-dominated feminism.  I hope they call out the maddening tendency of white feminists to engage in cricket chirping silence when prominent Black women such as First Lady Michelle Obama get misogynistic attacks aimed at them, but are in full throated protest if someone even says a bad word or looks crosseyed at a white female no matter what side of the political spectrum she's on.

I commented in the thread I hoped they would condemn the trans exclusionary radical feminists to that discussion.  It is a Black feminist issue since predominately white TERF's have been pushing virulent anti-trans rhetoric for 40 years that I and other trans people believe fuels anti-trans discrimination, negativity toward our community and the anti-trans hate that leads to our murders.   The people who have taken the brunt of those anti-trans murders have been Black and Latina trans women.

If it does happen, it was suggested by Dr. Story that I write that portion of it   And if they do (or someone else) starts working on that updated anthology, should I get the invitation to write that essay, I most certainly will.