Today is World AIDS Day.   It is observed every December 1 and seeks to bring together people from around the world to raise awareness about HIV/AIDS, remember those who perished from it, demonstrate international solidarity in the face of the pandemic and celebrate international progress toward treating and eradicating it.

World AIDS Day was first conceived in August 1987 by James W. Bunn and Thomas Netter, two public information officers for the Global Programme on AIDS (now UNAIDS) at the World Health Organization in Geneva, Switzerland.   Bunn and Netter took their idea to Dr. Jonathan Mann, Director of the Global Programme on AIDS, who liked it and agreed with their recommendation that it be held on December 1.

Bunn and Netter selected December 1, 1988 as the date for the first observance of World AIDS Day because they felt selecting that date after the 1988 US presidential election and before Christmas would be in a news 'dead spot' that would guarantee maximum news coverage by western international news media outlets.

The day is an opportunity for public and private partners to spread awareness about the status of the pandemic and encourage progress in HIV/AIDS prevention, treatment and care in high prevalence countries and around the world.

Between 2011-2015, World AIDS Days will have the theme of "Getting To Zero: Zero New HIV Infections. Zero Discrimination. Zero AIDS Related Deaths".

The World AIDS Campaign focus on "Zero AIDS related deaths" signifies a push towards greater access to treatment for all; a call for governments to act now. It is a call to honor promises like the 2001 Abuja Declaration and for African governments to at least hit targets for domestic spending on health and HIV. 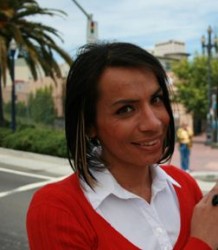 HIV/AIDS is also an issue concern for the US and international trans community.   Many of our sisters contracted it either by sharing infected needles as they had silicone pumping done to rapidly feminize their looks, drug use or through unprotected sex.

The highest rates of new HIV infections according to the CDC are amongst African-American and Latina trans persons as the untimely death in March of Los Angeles area trans activist Alexis Rivera from AIDS complications sadly pointed out.

So not only let us remember our people we have lost to AIDS, let's not forget the people in our community who struggle to live day by day with HIV/AIDS.

Let's also strive to do what we can as a community to get to zero new HIV infections, zero discrimination of persons with HIV/AIDS and zero AIDS related deaths.