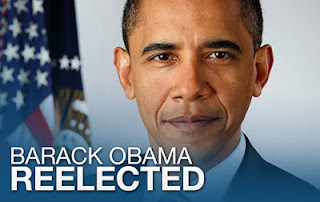 On that date we were not only voting for either the Democratic or Republican party presidential tickets, but also casting votes for the electors who will take part in representing our various states in the Electoral College.

Those electors are meeting in the 50 state capitols and the District of Columbia (AKA Washington DC) today to carry out that part of the presidential election process.  DC gets three electoral votes and is treated like a state per the 23rd Amendment to the Constitution.

The electors barring any defections will ratify the 332-206 blowout win for President Barack Obama over Mitt Romney,  but the results of the 2012 election don't become official until the President of the Senate counts the electoral votes out loud at a special joint session of Congress that will be held on January 6, 2013.
Posted by Monica Roberts at 12:30 PM