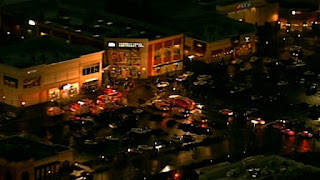 We've had two mass shooting in the States this week.   One was Tuesday at a mall in Clackamas, OR that killed three people and yesterday it was a mass shooting at an elementary school campus in Newtown, CT. that killed 27 people.  20 of the victims were children between the ages of 5-10 along with seven adults.

As someone who is part of a community that continues to experience a gun violence plague, I'm beyond sick and tired of seeing people die because some people have a fetishistic attachment to guns.

I'm also beyond sick and tired of vanillacentric privileged card carrying NRA gun nuts pointing to the Second Amendment and immediately deploying their 'guns don't kill people' and 'if people were armed, it would have stopped the attack before it happened' spin lines. 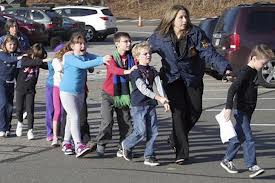 Yeah right,.the shooters in the last three incidents were wearing masks and body armor.   There were armed people in the vicinity when former congressmember Gabby Giffords was nearly assassinated in Tucson by Jared Loughner and when James Holmes attacked the Aurora, CO movie theater.

Someone was even mindnumbingly stupid enough to say that if the kids at the school had been armed it wouldn't have happened.  Don't even insult mine or anyone elses intelligence by trying to peddle that line.

We always hear about protecting the rights of you gun owners.   How about protecting the rights of us Americans who don't want to own guns, but our safety and security are increasingly threatened by the out of control gun culture.  This is not the Wild Wild West anymore and the United States has a highly competent, well equipped professional army unlike in 1787 when the Constitution was adopted.  Our gun laws need to reflect that.   It's time to deal with the reality this fetishistic gun culture is killing innocent people and making our country less safe.

And it's not just us liberals complaining about the flood of guns in the US making our streets less safe.   The guns are now spilling over across the Mexican and Canadian borders and negatively impacting their citizens and their nations, too.

It's past time for sensible gun control legislation that balances the 2nd Amendment rights of gun owners with the needs of people who don't want to come near a gun, but have just as much right to have the ability to go about their daily lives without the fear of themselves or their loved ones being shot or killed.To paraphrase Spock from Star Trek, the needs of many Americans outweigh the needs of a few militant gun owners. 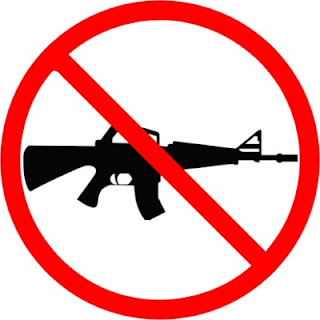 I asked this question when I wrote my post in the wake of the Aurora, CO shooting and it bears repeating once again.

How many more people have to die, be wounded or crippled in the United States, Canada and Mexico before y'all stop tripping and allow some common sense gun laws in this country that ban assault weapons, extended magazine clips and people with mental health issues getting their hands on weapons that kill mass quantities of human beings?

Can somebody in the National Rifle Association answer that question for me?  And this time, I think people in Clackamas, OR and Newtown, CT would be very interested in hearing the answer to that question.