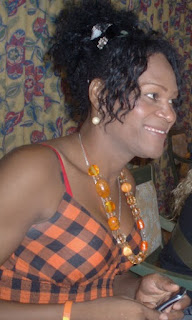 There have been some interesting things happening for trans people in the Caribbean since 2010.  With the Organization of American States adopting a resolution urging its member nations to implement their resolutions covering human rights sexual orientation, and gender identity we are starting to see some of our transpeople in the region become more insistent that their various nations respect and protect their human rights.

Monday was the 64th anniversary of the ratification of the UN Declaration of Human Rights.   In the Dominican Republic COTRAVEDT, the organization that advocates for the Dominican trans community, chose that date to hold a press conference demanding an end to anti-trans discrimination and they have equal access to basic services in their nation.

COTRAVEDT represents over 1,200 trans people in their island nation and Nairobi Castillo, the coordinator for the group pointed out 18 transsexuals and sexual workers have been killed this year, but no indictments to solve any of those killing have yet been made by authorities.

Castillo noted the Dominican Republic lags further behind in discrimination in education, health and freedom of movement for the trans community.

To add an exclamation point to the anti-trans discrimination being decried by Castillo, Eddy Flores, the mother of a transwoman described her outrage over taking her trans daughter to a public hospital but having to leave because of the negativity aimed at her.  She eventually had to find the money to take her trans child to a private clinic.

Flores also proclaimed at the COTRAVEDT press conference her trans child isn’t a monster and she loves her the same as any other mother loves her child.

It's past time for the Dominican Republic to treat transpeople living inside their country's borders with the same dignity and respect that they would have for any other citizen of that nation.

Be nice if that would happen for our trans cousins in the Dominican Republic as expeditiously as possible.
.
Posted by Monica Roberts at 12:00 PM