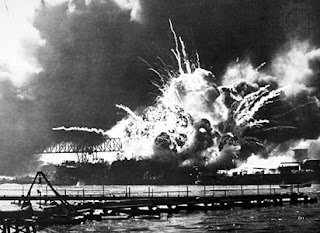 Today is the 71st anniversary of the Japanese surprise attack on the Pearl Harbor naval base and other American military facilities on Oahu at 7:55 AM local time.

The surprise Japanese attack on the bases and airfields in the area from six carriers commanded by Imperial Japanese Navy Admiral Chuichi Nagumo and a two wave carrier aircraft strike force under the command of IJN Captain Mitsuo Fuchida resulted in the entrance of the United States into World War II..

Today is also Friday, and that means we'll have to handle my usual business of selecting the name or names of the fool, fools or group of fools that will live in infamy on these electronic pages with his week's Shut Up Fool Award.

Speaking of selections, time is rapidly drawing to a close to get your nominations in for who you think should be my 2012 Shut Up Fool of the Year.  I'll announce it on New Year's Eve.

Honorable mention number one goes to Sen. Mitch McConnell (R-KY), who played himself on the Senate floor yesterday in embarrassing fashion.

Honorable mention number two goes to Ted Nugent for suggesting that the budget deal should include a provision suspending the voting rights of welfare recipients.

Honorable mention number three goes to the 38 Republican senators who voted against ratifying a UN treaty based on our Americans With Disabilities act to the entire planet .  They did so in front of former Sen. Bob Dole (R-KS), who worked tirelessly along with GOP presidents GHW Bush and GW Bush to make the law and the treaty happen.

This week's SUF winner is Rev CL Bryant, the former president of the NAACP chapter in Garland, TX and a Tea Klux Klan member.    This cookie chomping useful fool is the one they trot out when the Teabaggers want to deny their racism.  Yesterday he and ATL mayor Kasim Reed were on MSNBC and Bryant flat out lied (as usual) about the history of Black people and why we vote at 90% percent clips for Democrats. 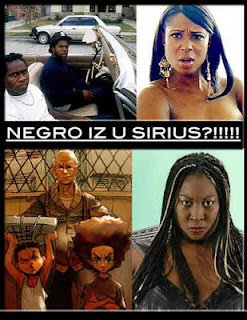 And hell to the yeah, you deserve this award too.

Better be glad it was Thomas Roberts conducting that interview and not Tamron Hall because she would have chewed you up and spit you butt out for lunch for those straight up blatant lies you told.