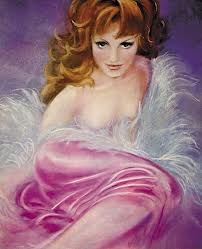 Want to know why I can't stand the radfems, or as they are sometimes referred to in some online circles the TERF's?  (Trans Exclusionary Radical Feminists).   I call them the Whyte Womyn Gone Wyld.

They have spent four decades of their vanillacentric cisprivileged time hating on transpeople and opposing our human rights, and as Cristan Williams points out once again in her latest post at Ehipassiko, those of us in the 2k10's aren't the only ones to have felt the ugliness of their transphobia.   Our pioneers Sylvia Rivera and Lee Brewster did so as well.

I’ve noted before how RadFems inspired the violence inflicted upon Stonewall hero Sylvia Rivera. Until now, I wasn’t aware that their cruelty was extended to the transperson who coordinated and paid for overturning anti-gay NY laws:

Any hope that giving a moment to Jean O’Leary and Sylvia Rivera would end this squall disappeared the moment Lee Brewster took the stage. He, too, was in full drag, with thick eye makeup, a lush blond wig tumbling over his shoulders and a queen’s crown resting on the wig. “I cannot sit and let my people be insulted,” Brewster said. “They’ve accused me of reminding you too many times that today you’re celebrating what was the result of what the drag queens did at the Stonewall. You go to bars because of what drag queens did for you, and these bitches”—he gestured to the lesbians—”tell us to quit being ourselves.” Vito Russo walked over to Brewster, slipped his arm around Brewster’s waist and whispered into his ear, but Brewster pushed him off.


You can read the rest of Christan's interesting look at our history.

TransGriot Note:  The portrait of Lee Brewster was by artist Vicki West.  Brewster ran Lee's Mardi Gras Boutique from 1968 until passing away in 2000.  And yep, I visited it on one of my New York trips in 1998