Transpeople were in the news in 2012, and Black transpeople played major roles in not only making it but  also making some trans history in the process.

Our year did get off to a negative start with the murders during the 2011 holiday season of two of our young transsisters. Shellie Hilliard in Detroit was brutally killed in late October and Dee Dee Pearson was shot to death on Christmas Eve in Kansas City.   The new year was barely five weeks old when Washington DC's Deoni Jones was stabbed at a bus stop in February.    The murderers of Hilliard and Pearson were caught and eventually brought to justice during 2012 while Deoni Jones' killer Gary Niles Montgomery's trial will start June 10.. 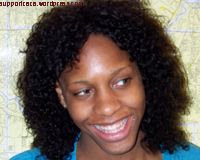 Hilliard's killer Qasim Raqib was sentenced to 25-40 years March 26 and Pearson's killer Kenyan Jones got 30 years.  Unfortunately the persons who killed Chicago's Paige Clay and Tiffany Gooden, Detroit's Coko Williams and Oakland's Brandy Martell have yet to be brought to justice.

Speaking of justice, CeCe McDonald stood her ground against transphobic Minnesota white supremacist Jonathan Schmitz and friends who unfortunately died in the incident they started.  She was until May 2012 the only person facing charges and received a plea bargained 41 months in jail for it.   Molly Shannon Flaherty, who instigated the incident still has yet to be punished for it.

The Marsha P. Johnson case was reopened by the Manhattan DA's office 20 years after her death was controversially ruled a suicide.

Victoria Carmen White's alleged killer Alrashim Chambers got away with murdering her when an Essex County jury acquitted him May 25.   A few months later I posted an article from Chambers trial foreman Dennis Heffernan explaining their reasons for doing so. 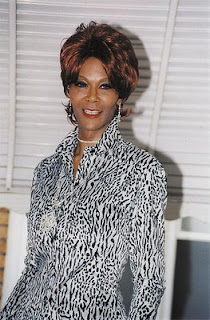 We also observed the ten year anniversaries of the execution style killing of transteens Stephanie Thomas and Ukea Davis in Washington DC (whose killers still haven't been brought to justice) and the mysterious death of Nizah Morris in Philadelphia.

There was also an ugly New York incident that garnered headlines in September in which the boyfriend of transwoman Jalisa Griffen was slashed by a transphobe at a Greenwich Village McDonald's.

Former DC police officer Kenneth Furr was convicted in October for an ugly August 2011 incident in which he fired his service weapon at three trans women and their companions in NW Washington.  He is due to be sentenced in January 2013.


While the infuriating pattern of trans women of color being messed with, disproportionately killed due to anti-trans violence or not receiving justice continues, major strides happened for the Black trans community in 2012. 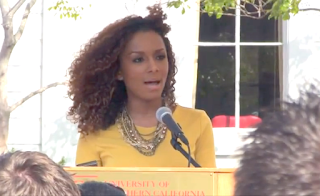 Janet Mock made TheGrio's 100 People Making History Today list in January among some of the other awards and accolades she's garnered.
Janet also started the #girlslikeus Twitter campaign as well as continuing work on her eagerly anticipated autobiography.

The inaugural March 29-April 1 Black Transmen's conference happened in Dallas with Rev. Louis Mitchell as its keynote speaker.  The second one will take place March 13-18 in Dallas.

That wasn't Rev. Mitchell's only keynote.  He was also at the Philadelphia Trans Health Conference in June giving their keynote address as well.

Earline Budd was nominated for and sworn in to a seat on the Washington DC Commission on Human Rights along with another trans woman.  DC also began an anti-trans discrimination campaign with posters featuring a Black trans woman and Black trans man.

A first in the Midwest trans pride event was organized by Kokumo in July.

The Trans Persons of Color Coalition (TPOCC) continued its rise as the national organization representing the interests of transpeople of color. It was visible at events such as the PTHC, the TransFaith In Color conference in Charlotte that I keynoted and OUT on the Hill. 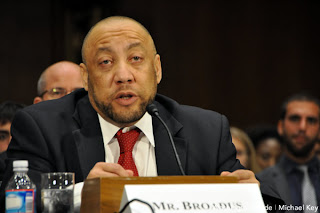 TPOCC executive director Kylar Broadus was making a lot of history in a busy 2012 for him. He because the first transperson of any ethnicity to testify at a US Senate hearing in June.  He was part of the DNC's platform committee and also became the first African-American trans man to attend a Democratic National Convention in September.   Dr Marisa Richmond was also in the house in Charlotte for her second DNC convention along with 11 other trans people.

Kylar also was at the White House along with Dr Richmond and Washington DC Human rights Commissioner Earline Budd for a meeting with White House staffers on trans issues that took place during the TDOR.

Isis King blazed another groundbreaking trail as the first transwoman to appear in an American Apparel ad. 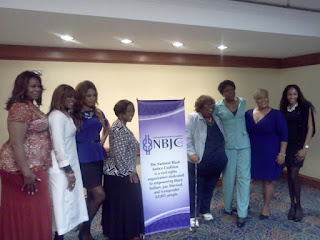 And yes, your favorite blogger did her part to make some trans history as well.   I got published in EBONY.com in March.  In June I was part of the first ever trans themed panel at Netroots Nation in Providence, RI.   In September I was honored to be one of the four trans women (the others were Danielle King, Rev. Carmarion Anderson and Valerie Spencer) taking part in a first ever town hall discussion during the 2012 OUT on the Hill that was moderated by Laverne Cox.

A few hours later Laverne was part of a CBC-ALC panel discussing media.

By the way, the upcoming 2013 OUT on the Hill  in September will have a trans masculine panel.

Those were just some of the stories that were part of our Black trans year in review for 2012.   I hope this post is even longer and chock full of even more groundbreaking achievements for our community in the twelve months ahead.
Posted by Monica Roberts at 2:00 PM