David Bahati-The Man Who Introduced The 'Kill The Gays' Bill 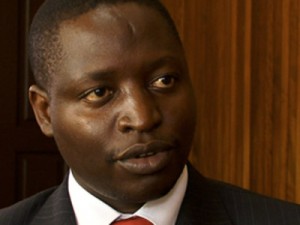 The Ugandan 'Kill The Gays' bill has been getting renewed attention since the speaker of the Ugandan Parliament Rebecca Kadaga announced their intent to pass it before Christmas to the world's horror and the racist American fundies like Scott Lively's glee.

Since one of our Ugandan trans sisters wrote an open letter to her parliament urging the bill be defeated, thought I needed to shed some light on how this odious bill came to exist.

It came into existence due to the negative influence of American christobigots like Lively, they in 2009 injected virulent homophobia into Ugandan politics with two of its conduits being Ugandan President Yoweri Museveni and MP David Bahati,  who introduced the draconian Anti-Homosexuality Bill with its death penalty provision in 2009.

Rachel Maddow got the chance to interview Bahati back in 2010, when the initial international condemnation about the 'Kill the Gays' bill later forced its withdrawal.

Bahati happens to be one of the key international members of Scott Lively's shadowy group The Family.

Activists from Sexual Minorities for Uganda struck back by suing Lively in a Massachusetts federal court.

The suit accuses Lively of violating international law by inciting the persecution of gay men and lesbians in Uganda and names four Ugandan co-conspirators: Stephen Langa and Martin Ssempa, evangelists active in the anti-gay movement; Bahati, and James Buturo, the former minister of ethics and a proponent of the legislation.

While that suit is winding its way through our federal court system, unfortunately the Ugandan.LGBT community still have to deal with the crap Lively and David Bahati set in motion in Kampala.

We must do everything we can along with the international community to help our Ugandan TBLG brothers and sisters kill this unjust bill.