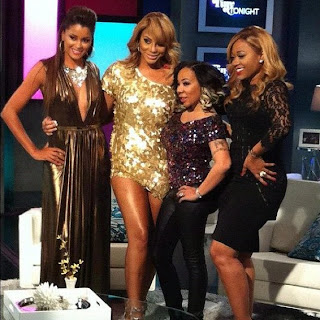 I was alerted by Janet Mock to this latest outbreak of transphobic shade being thrown and it was during the December 17 debut of the Tiny Tonight talk show on VH1. 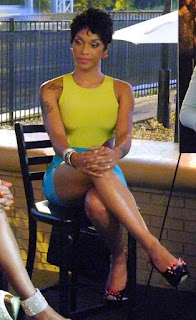 The show is hosted by Tameka 'Tiny' Harris and includes the rapper Trina, Tamar Braxton, and former Price is Right and Deal Or No Deal model Claudia Jordan.   Tiny described it as a next generation version of The View.

If that's the level of conversation they are aiming for, they definitely missed the target badly in terms of reaching that level of intelligent discourse during their debut show.

There was a discussion centered on the VH1 reality show Love and Hip Hop in which Tamar and Claudia began going down that tired transphobic 'Joseline Hernandez is a man' turf.

Of course, Joseline, who is justifiably tired of having her femininity attacked, struck back on Twitter and Kandi Burruss' 'Kandi Koated Nights' radio show by slamming Claudia and Tamar.

But yeah people, this is getting old.  We transwomen are sick and tired of being sick and tired of the 'that's a man' shade y'all like to throw at any woman that you ignorantly presume doesn't pass muster with the Black Femininity Police.

The shade starts at the 10:00 minute mark    Tamar should know better because she's had along with two of her sisters the same trans feminine status accusations hurled at her.

And you also need to consider the fact that Black transwomen are part of the target viewing audience for your show, and you are alienating us with this constant repetition of  this transphobic meme.

So no, y'all need to chill with that.
Posted by Monica Roberts at 12:00 PM