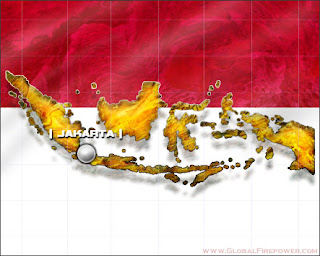 There are some areas of our planet in which it's a struggle for our trans brothers and transsisters to openly live their lives in peace.  Unfortunately for the seven million transpeople who live there Indonesia is becoming one of them no thanks in large part to the Islamic Defenders Front and neglect of their human rights.

That neglect of trans human rights is particularly galling since Indonesia was where the Yogyakarta Principles were created.

A 2010 ILGA regional conference was disrupted by these so called 'defenders of the faith' and earlier this month the IDF was back on the reprehensible job of hatin' on the local transwomen by disrupting a trans festival in Jakarta planned to dispel myths and lies being spread about the local trans community.

IDF thugs showed up with sticks and helmets to break up the event, claiming the organizers didn't have a police permit and the neighborhood didn't want them having a trans pageant there.   The festival and its pageant portion was moved to the Legal Aid Foundation in central Jakarta

Merlyn Sofyan, the initiator of the festival, denied the event was only just a trans pageant. 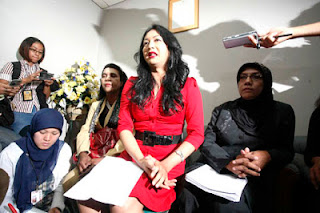 “It’s called Festival Waria Berbudaya [Cultural Transgender Festival], not a pageant where contestants are judged by their looks,” Sofyan told the Jakarta Globe. “Festival Waria Berbudaya is an attempt to answer the wrong perceptions in our community by producing decent human resources of waria. It’s not going to be instant, but we’re trying to nurture them.”

But Salim Alatas, the head of the Jakarta chapter of faith based transphobes the IDF insisted that such an event would not be tolerated, whatever the reason was.

Sofyan, who herself was a winner of the Miss Waria 2006 pageant, said in that interview it was not the role of the IDF to say who was right or wrong.  "If we’re talking about religion, who has the right to judge other people?” said Sofyan, who had hoped the festival would counter negative sentiments toward the transgender community in Indonesia.

Indeed, since when did the Islamic Defenders Front get the right to judge other people in Indonesia, much less use thuggish tactics to break up and disrupt events they don't like?

That's not defending your faith, that's expressing to the world how little faith you actually have if you can't live up to the principles of it and let others live their lives in peace.