East Aurora, IL School Board Caves To The Bigots Again

What started out as a wonderful happening for the kids in the East Aurora, IL district when their school board passed a trans inclusive policy only to cave on it days later after opposition from the SPLC certified hate group the Illinois Family Association is getting more exasperation inducing as it goes along.

After the IFA browbeat the school board into rescinding the policy, the East Aurora board announced the formation of an ad hoc committee to formulate a new policy to protect their trans and gender variant students.

But as I feared when the board caved initially to the IFA in October and emboldened the transphobes, they simply doubled down on the bullying tactics in an attempt to kill any trans inclusive policy from being crafted and adopted.   At a November 30 meeting of the ad hoc committee they filled the room with 120 opponents of the trans inclusive policy and disrupted it to the point the committee couldn't conduct business.

Anita Lewis, the school board member chairing the ad hoc committee declined to schedule another meeting, and now the East Aurora IL school board has caved once again to the transphobic bigots.

The board dissolved the ad hoc committe that was formed to craft a trans policy that would be in their words when they formed it 'a model to the nation'. 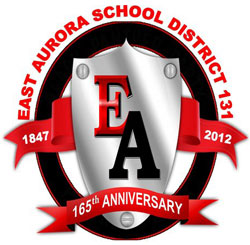 Yeah East Aurora, IL school board.   You're a model to the nation all right.   You caved in the face of intolerant bigots, reversed a policy that would have protected your trans and gender variant students and now left them vulnerable to the very bigots you sought to protect them from.

You also sent a message to those trans and gender variant students in this district that you as a school board would (and have) throw them under the bus and not stand and deliver for them when they needed you to.

I hope your profiles in cowardice are rewarded with all of your being voted out of office by progressive minded parents and residents and you are replaced by civic minded people who will do what's right for all the kids of the East Aurora district.

They need school board members who will stand by their principled decisions,  not retreat from them in the face of loud and wrong opposition.
Posted by Monica Roberts at 12:00 PM

Bigot is too mild a woed, call them what they are, Terrorists.