DSM-V Approved By APA Board Of Trustees 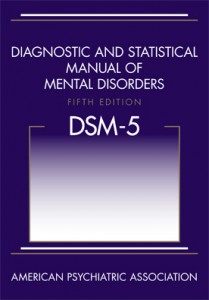 One of the things the trans community has been vocal about and closely watching is the revision process for the Diagnostic and Statistical Manual of Mental Disorders, also known as the DSM-V.

Since the 1980 publication of the DSM-III gender identity disorder has been part of the diagnostic manual along with the negative connotations and baggage that go along with it.   But when the DSM-V is published in May 2013, the term Gender Identity Disorder will be replaced with “Gender Dysphoria.”

On Saturday the changes were approved by the American Psychiatric Associations Board of Trustees and it includes one groundbreaking change that I talked about in a post back in August in terms of the depathologization of being transgender.

Many people in the trans community are hailing it as a watershed event similar to what happened when homosexuality was removed from the DSM in 1973 and the corresponding progress of the gay rights movement as a result.

There are others sounding cautionary notes about this development, openly stating nothing changed or are focused on the ICD-11 revisions currently underway.  .

When May 2013 gets here, the DSM-V will be published and the changes made to the diagnosis for trans people will be etched in that manual until the next revision happens.

What effect the DSM-V will have on our trans lives is yet to be determined.