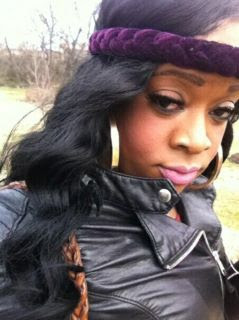 Here's the latest news in the Deoni Jones murder and the effort to bring the person who is alleged to have committed the heinous crime to justice.

55 year old Gary Niles Montgomery is the Washington man arrested for and accused of killing Deoni Jones as she waited at a Washington METRO bus in Northeast DC back in February.

According to the charging documents reported in the METRO Weekly story, two witnesses passing by a bus stop at the intersection of Sycamore Road and East Capitol Street NE, in Washington's Benning Heights neighborhood, at 8 PM EST on February 2 saw a man matching Montgomery's description strike Jones in the head and then Jones fall to the ground.

Jones was transported to Prince George's County Hospital Center in Cheverly, MD., where she died of her injuries about six hours later.

Montgomery appeared in DC Superior Court for a Friday morning status hearing and was scheduled for a June 10, 2013 trial date.   He was indicted November 9 on a charge of first-degree murder while armed and pleaded not guilty to the fatal stabbing of Ms. Jones.

Montgomery will continue to held without bond as he awaits his trial date that we now know will take place in June.

Let's hope justice is served in this murder and I'll keep you posted about any developments in this case..