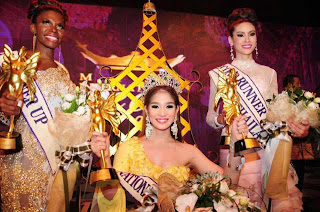 After Nigeria's Sahhara got screwed for the 2011 title and it exposed a problematic pattern of dark skinned women and African descended ones not being chosen as the winners for the pageant along with transpinays, in protest yours truly was going to eschew writing a post about the 2012 Miss International Queen contest as had been my blog's tradition.

The controversy over the questionable win of Thailand's Sirapassorn 'Sammy' Atthayakorn over 1st runner up Sahhara and 2nd runner up Margaret (another transpinay representing Lebanon) sparked so much online drama that the Amazing Philippine Beauties pageant organizers considered starting a rival international trans pageant in Manila in the wake of the kerfluffle and transpinays were prepping a boycott of Miss International Queen event.. 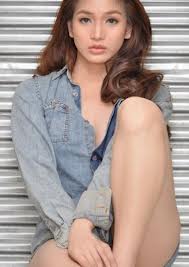 But when 20 year old Kevin Balot of the Philippines became the first transpinay to win the Miss International Queen title in the nearly decade long history of the event on November 2, had to write something about the groundbreaking win that my transpinay sisters had been anxiously waiting for.  Jessika Simoes of Brazil was 1st runner up fo this year's edition of the Pattaya based event while Thailand's Panvilas Mongkol was 2nd runner up.

What's going to be interesting to observe is whether the Miss International Queen pageant continues to draw contestants in light of the fact the Miss Universe pageant system is opening its doors to transwomen in 2013 and other nations such as Brazil are starting their own national trans pageant events like the one that have existed in the States, Thailand and the Philippines. .