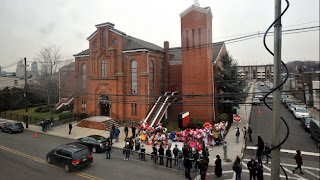 I've been watching the homegoing service of Whitney Houston for most of this rainy depressing day in H-town.

I've also been contemplating the fact we're only a year apart age wise and its been a week since the shocking news circled the globe that she died way too soon.

Sure the movie Sparkle when it comes out near her August 9 birthday will give us one last chance to see her and hear some fresh music from the soundtrack of it. But during most of the 3 hours and 45 minutes the service lasted, I was pondering a lot of things including how capricious life is. 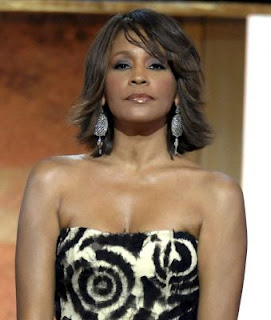 Life is not only capricious, it's chock full of sometimes cruel ironies at times. I doubt that Dionne Warwick thought that she'd be the MC of her talented cousin's funeral, but yet there she was doing so.

I thought about the now 18 year old Bobbi Kristina and how she was going to deal with the pain of losing her mother, and Bobbi Kristina's elegantly dressed grandmother stoically walking behind the casket supported by people on either side of her while dealing with burying her daughter.

As the parade of family members, dignitaries, ministers, and people from the entertainment and music industries took their turns either to say a few words or serenade her in song the reality hit me, especially as they lifted up her casket at the conclusion of the service to the tune of her singing 'I Will Always Love You'  this wasn't a bad dream and we would never see her again or hear that angelic voice live in concert.

And at that point I started crying at that thought.
Posted by Monica Roberts at 4:30 PM