Liberal Is Nothing To Be Ashamed Of 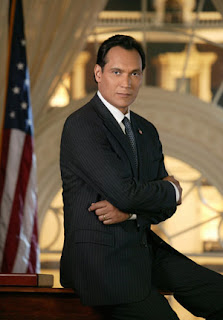 We frequently have discussions in the liberal progressive blogosphere about the merits of reclaiming words.

I submit that one we really need to reclaim, take back and restore to its original meaning and cease and desist from thinking of it in terms of the conservafool framing of it is liberal.

President John F. Kennedy had a wonderful September 14, 1960 speech about it which should be required reading in liberal political circles and at Democratic political gatherings this year and in perpetuity.

This should also be required viewing.  This West Wing video in which Jimmy Smits character Matt Santos eloquently breaks down in a presidential debate with a conservative played by Alan Alda what it means to be a liberal.


And we need to remember that, name it, proclaim it, believe it and smack the conservafools with it at every opportunity.

Being called a liberal is not an insult, it's a badge of honor and we need to treat it that way, not slink away from it in shame.  The historical record irrefutably shows that the policies that built America and led to increased fairness and opportunity in our country were liberal ideas the conservafools vehemently opposed.

If there is anyone who needs to be ashamed about their political leanings, it is the conservafool.