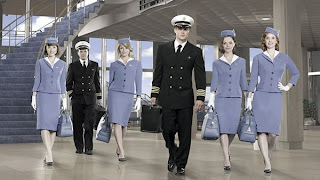 I've been in love with the period drama Pan Am ever since it debuted back in September.   It's not only a reminder of my time in the airline industry, I like the show being set in the 1960's, the characters and it being a smart, well written show.

Unfortunately ABC has it scheduled against the NBC Sunday night NFL games broadcasts.   Pan Am and its ratings have taken a major hit since the initial debut show drew an impressive 11.06 million viewers.   I suspect the major reason it has dropped is because its competing with those NFL games for viewers

The season finale entitled '1964' airs later tonight and as New Year's Eve looms for our favorite New York based Pan Am flight crew, there are major changes and drama going on in everyone's lives after a tumultuous 1963.


Ted finally admits to Laura he loves her, but there's a major complication with Amanda that might put a halt to their love connection. 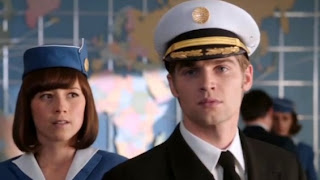 Colette is caught up in being wooed by a foreign prince while Dean is kicking himself for losing her.

And yeah, where's Bridget Pierce in all this mess since she has her job back with Pan Am?

But Dean doesn't have time to be depressed about his situation since he's facing drama over the decisions made during that unscheduled stop in Haiti.

Kate's CIA supervisor Richard has been shot and a major attraction between Maggie and Broyles is sparked by her being put in a life threatening situation. 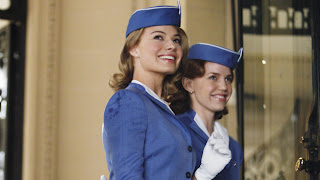 But one of the things that has fans of Pan Am concerned is there has been no word from ABC as to whether the show will be renewed for a second season or it has been canceled.

Sure hope it has been renewed because it is one of the few shows that appears on network television I really enjoy.   There are rumors the Pam Am producers and writers were going to use some dramatic license and integrate the flight attendant crew and I was looking forward to seeing how they were going to pull that off seeing that it didn't happen until the late 60's- early 70's .

I was also looking forward to see what world events in 1964 would act as a backdrop for our favorite flight crew's globetrotting adventures.

So like all Pan Am fans, I'm hoping tonight's broadcast is just a season finale and not a show finale.