There was another contentious hearing held about the proposed Baltimore County MD trans rights bill in which once again, the only thing the Forces of Intolerance could hurl at it in a desperate attempt to stop its passage was the Bathroom Meme. 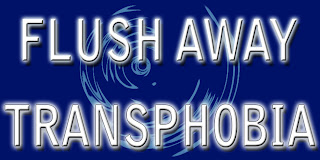 One of their attack lines was already throughly debunked at the January hearing, but that didn't stop the haters from trying to 'scurr' people about transpeople in their bathrooms and lighting up the switchboard.to attempt to sway the Baltimore County Council into voting against Bill 3-12

The bill would add gender identity to existing county laws that prohibit discrimination in housing, workplaces, and public places, but due to the Hateraid an amendment is being considered that if passed would ensure 3-12 wouldn't apply to public places "that are designated for male or female use, such as restrooms, bath houses, locker rooms, dressing rooms, changing rooms, and similar facilities."

In other words, it would leave a gigantic fracking public accommodations loophole in it 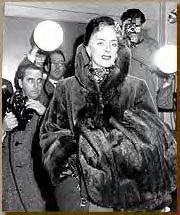 Here's where you get to fight back against the haters and help our transbrothers and trans sisters in Maryland. .

Moving on to the haters.  We've been reliving ourselves in the gender appropriate restrooms and doing so without incident to you cispeople since Christine Jorgenson stepped off the plane from Denmark 59 years ago this month.

It's y'all cis people attacking us  and you foaming at the mouth cisgender transbigots we transfolks have to worry about.

Posted by Monica Roberts at 9:45 AM

Doesn't the reminder that trans* people already use their correct bathrooms emphasize to the politicians that the "bathroom issue" is a non-issue, and therefore it's ok to drop that wording? I worry about this strategy.