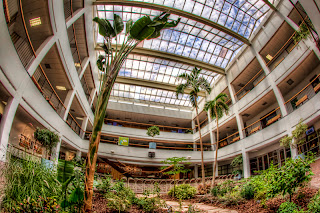 Received an e-mail from Josephine Tittsworth yesterday that advised me of something that made me cry when I thought about the enormity of the news I was receiving.

At the University of Houston-Clear Lake, in their Bayou Building atrium they have a display up for Black History Month that includes our local heroes and sheroes and their accomplishments such as the late great Rep. Barbara Jordan

According to Josephine, one of the people UH-Clear Lake included in their Black History Month display was me.

Wow.  I was blown away by that news    Rep. Jordan has always been one of my sheroes, but never in my wildest dreams when I began fighting for the human rights of trans people in 1998 did I ever think that people would consider me in those terms.  In fact, Barbara Jordan is one of the trailblazing women I've tried to role model in terms of what I do with my own flava added to it. 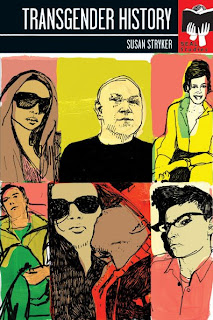 But I do have some indications of my impact on history and the legacy I'm building even if I try to downplay my role in shaping that history.

At TBLG events and conferences people tell me it's an honor to meet me.  I'm mentioned in Dr. Susan Stryker's Transgender History book.   I'm one of four African-American transpeople to receive the IFGE Trinity Award and the first African-American Texan to win it.

I was one of the founders of NTAC in 1999 and its political director until 2002.   I served on the boards of Louisville's Fairness Campaign and C-FAIR, have this award winning blog, helped organize the 2005-2006 Transsistahs-Transbrothas conventions in Louisville and participated in lobbying events locally in Houston and Louisville, nationally, in Texas and Kentucky.

When the opportunity presents itself, I get invitations to discuss trans issues from an Afrocentric perspective. I enjoy speaking to college students and various audiences about our issues and love participating in panel discussions.

So yeah, guess I am living Black History being made and need to toot my own horn a little bit. I have respect from the Houston, Texas, national and international trans communities, but this is a really cool and mindblowing thing to hear when people are putting you in the lofty company of Barbara Jordan and other trailblazing African-Americans.

But I'm still a work in progress.  All I've been trying to do since 1998 was push for trans human rights coverage in Houston, Texas and the nation, ensure that POC transpeople's voices are included in the policy mix, tell our stories, unearth our history and be the stereotype busting role model for African-American transwomen that I didn't have growing up.

And what makes me happier is that even my African-American brothers and sisters and some in the African Diaspora are beginning to recognize what I do.

From where I sit, I still have much work to do just to be close to being mentioned in the same breath with Barbara Jordan and other trailblazing African-Americans.   To quote the old Curtis Mayfield song, I'm going to have to keep on pushing to get there.

And oh yeah, if anyone has a picture of that display at UH-Clear Lake, send it to a sistah.