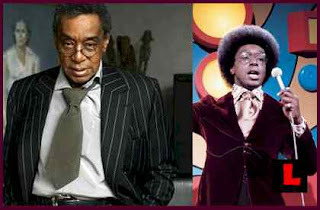 Feeling my age after hearing the news this morning that Soul Train creator Don Cornelius was found dead at his Sherman Oaks, CA home at 4 AM PST from what police and TMZ are reporting as a self inflicted gunshot wound.

The 75 year old Cornelius was a journalist who realized that there was no show like American Bandstand that featured the music of African-American artists and created the long running syndicated show in 1971.

Soul Train quickly became must see TV for African-Americans and an iconic part of my childhood and any other kid who grew up in the 70's, 80's, 90's and early 2K's and ran until 2006.

Soul Train was instrumental in getting wider television exposure to Aretha Franklin, Michael Jackson and The Jackson Five, and James Brown amongst many other acts in the R&B, and hip hop music world. 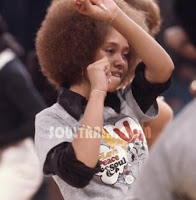 Soul Train was so popular that even Elton John and David Bowie made appearances on its stage and Spike Lee described the show as 'an urban music time capsule'.

That it is.  The TransGriot and more than a few other peeps learned the latest dances by parking ourselves in front of the TV and watching the multicultural and gracefully acrobatic Soul Train dancers execute their moves every Saturday.

And yeah, I'll admit was more than jealous of the sistahs that strutted their stuff on the show in the fashionable clothing and hairstyles of the day. 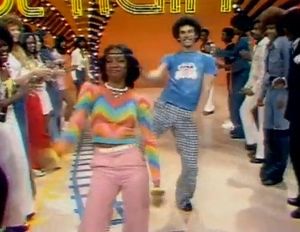 Soul Train is also responsible for something that is an iconic part of African-American culture, the Soul Train line that you see at every wedding, social gathering and party in ours and other communities..

I'm sure the story of what happened to Mr. Cornelius will continue to evolve and come out, but in the interim the only way to close this post about an iconic broadcasting pioneer is use his classic Soul Train show sign off line.