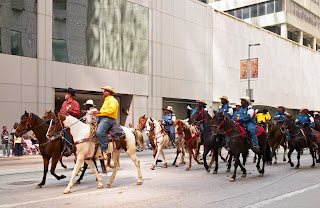 It's that time of year when we Houstonians pull the cowboy hats and boots out of storage and women pull the fashion forward western themed wear out of the closets.   Other folks take some of that vacation time and use it so they can participate in the trail rides that will meet up at Memorial Park tonight and eventually form up for the rodeo parade on Saturday.

It's the Houston Livestock Show and Rodeo, or as it's known now, Houston Rodeo.  It not only is three  weeks from February 28-March 18 where we get in touch with our western roots, it also raises funds for the college scholarships that the organization has given out to thousands of Texas kids during its 85 year run. 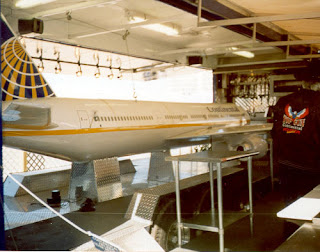 One of the traditions as I mentioned are the trail rides of varying lengths which African-American and Latino Texans participate in.  The two African-American ones are the Prairie View and Northeastern ones, and the Latino Los Vaqueros one

But the World Championship Bar-B-Que Cookoff is the one I love in which cooking teams compete for prizes.  When I worked at CAL there was a group of guys that competed every year called the Choice Cookers who worked from a pit in the shape of a Boeing 777.  The BBQ was the bomb as well and that event is transpiring this weekend.

And oh yeah, speaking of roasting things over an open fire, time for me to segue into our usual Friday business of selecting of Shut Up Fool award winner. 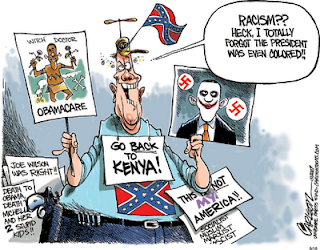 The winner this week is birther Gordon Warren Epperly.

Hot on the heels (pun intended) of birther queen Orly Taitz's failure to get the POTUS kicked off the Georgia ballot,  Epperly filed a lawsuit in Palin Country seeking to keep the president off the ballot for get this, because he is 'mulatto'


Dude, did you miss the Two Minute Obama Hate at your local Tea Klux Klan meeting?

The US Constitution's 14th Amendment not only defines citizenship, but grants civil and political rights born to persons born in the United States or abroad to at least one American parent.  In addition, the 14th Amendment overturned the 1857 Dred Scott decision that held that slaves or their descendants like moi could never be US citizens.

If legal sanity prevails, that case has as much chance of being successful as the Trans Exterminationalist Twins winning the Miss Universe crown.