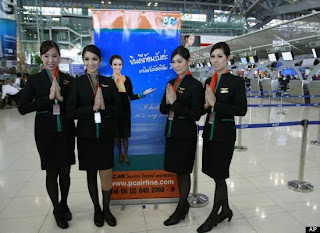 Been tracking this ongoing story about Bangkok-based PC Air and it hiring trans flight attendants. 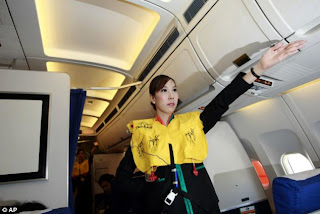 After the initial wave of news coverage, the story was dormant for a while until another burst of press coverage about the fledgling airline showed the initial group of four flight attendants, Nathatai Sukkaset,  Dissanai Chitpraphachin, Chayathisa Nakmai, and Phuntakarn Sringern going through training. 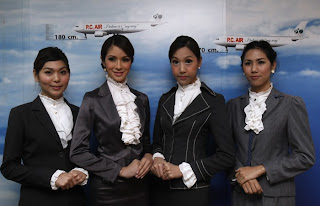 PC Air took its inaugural flight from Bangkok to Surat Thani with the trans flight attendants on board as the cabin crew.


Some photos have finally emerged with the trans flight attendants it hired doing their thing in the skies above Asia.

It just demonstrates a few things that I and my transbrothers and transsisters all over the world already know.  If we are just given a chance to do the job and earn decent wages while doing so, we will not only rise to the challenge, but do it well.

It also gives us another opportunity to not only blaze trails for the transpeople that will follow in our footsteps, but do some mythbusting about what we can and cannot do at the same time 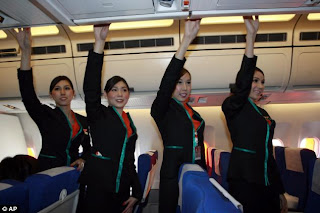 May the trans flight attendants of PC Air continue to have success and hopefully open some minds and doors so that transpeople in other nations have the same opportunity to work for the domestic airlines in their respective nations if they aren't doing so already.