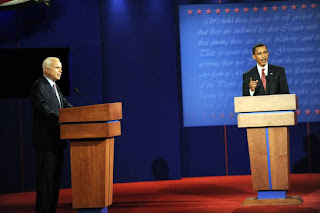 While we're still waiting for the Republifools to sort out who their presidential nominee will be in their knockdown dragged our primary fight, thanks to the  Commission on Presidential Debates we already know the dates of the 2012 Presidential and Vice Presidential debates and where they will take place. 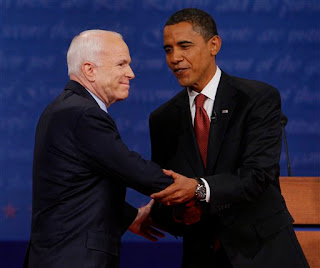 The first will happen on October 3 in Denver, CO. President Obama will take on the GOP presidential nominee on the University of Denver campus.

On October 11 in Danville, KY Vice President Joe Biden will take on the GOP vice presidental nominee in the only vice presidential debate on the beautiful campus of Centre College.

October 16 will see the second presidential debate happen on the campus of Hofstra University in Hempstead, NY between the POTUS and his GOP opponent.

The final presidential debate will occur on October 22 between President Obama and his Republican opponent on the campus of Lynn University in Boca Raton, FL.

The formats, moderators and times are still to be determined.