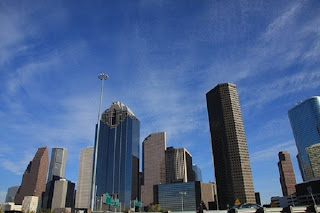 Ever since I became an activist fighting for the human rights of TBLG people in 1998, I have watched as nations around the globe and cities, counties and states in the USA have passed human rights laws to protect their BTLG community members.

Over the last year I watched Dallas become the first jurisdiction in Texas to have comprehensive rights at all levels of government for their rainbow community and wondered when it would happen for the BTLG citizens who reside in the largest city in the Lone Star State.

It looks like we're finally making the moves to begin the process of doing precisely that in my hometown.

Was deliriously happy to discover that petitions are being drawn up and submitted to the city secretary as early as the end of this month for a November referendum.   The proposed referendum ballot item will ban discrimination against TBLG citizens in employment, public accommodations and housing and give permission to the city to grant health insurance benefits to the unmarried partners of city of Houston employees.

"Discrimination exists everywhere. It's really hard to determine how big the problem is," said Noel Freeman, president of the Houston GLBT Caucus in a Houston Chronicle interview.   A local law is necessary, Freeman said, because gays and lesbians who want to press claims of discrimination currently must undertake costly litigation in state or federal courts.

Since the Chronicle article failed to mention it, that discrimination is also aimed at trans Houstonians as well with the Izza Lopez case being a prime example of it

Houston has had a contentious history with GLBT rights referendums.  A previous gay and lesbian only anti-discrimination law that covered city employees was passed by City Council in 1985 but was rejected in a crushing electoral defeat by a 4-1 margin.

In the wake of the city approving benefits for unmarried domestic partners, Dave Wilson and his merry band of faith-based haters in 2001 got a referendum on the ballot that banned the city from doing so.

In 1998 Mayor Lee Brown issued an order banning discrimination against gay and lesbian city employees that survived a three year legal challenge from Councilmember Rob Todd.  In 2010 It was extended to trans city employees by Mayor Annise Parker.


It will take 20,000 signatures to get the GLBT rights referendum on the November ballot.  I have no doubts that Dave Wilson and his cohort in hating on our community David Welch are already marshaling the Houston chapter of the Forces of Intolerance to fight the rainbow human rights referendum tooth and nail if it does make it onto this fall's ballot. 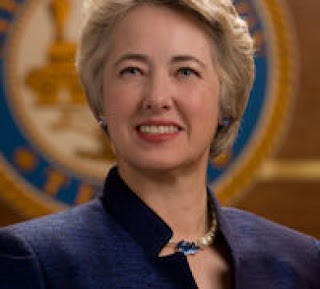 "I believe it's important for the city of Houston to send a signal to the world that we welcome everybody and that we treat everybody equally, and depending on the elements of what was actually in it, I might or might not support it."

Like Mayor Parker I'm in show me the language mode as well.  If it doesn't include gender identity language in it, I'm not supporting it.

If it's the comprehensive rights amendment I want and expect to see, then I will do my part to help garner support in the African-American community for it and pass this much needed amendment to our city charter.

And note to you transphobes and homophobes inside the Houston city limits.   TBLG Houstonians are part of the over 2 million people who call this place home. We're beyond sick and tired of being sick and tired of having our human rights fracked with because of your insecurities or your right-wing politically motivated religious beliefs.. 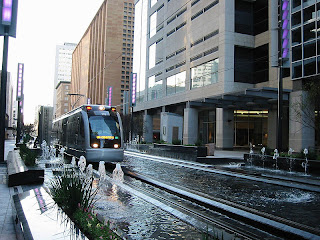 Like all proud TBLG Houstonians I'm also tired of  being embarrassed by the fact my hometown doesn't have human rights laws that cover me like that city up I-45 does and I enjoyed in the city of Louisville when I lived there during the last decade.

If we claim to be an international world class city that values the contributions of all its citizens, then our city ordinances need to reflect that, especially if we want to get that elusive summer Olympic Games we've been trying to land since the late 80's and other international corporate headquarters and businesses. .

It's past time we send the message that Houston is an international world class city that values all of its citizens, including its TBLG ones.