It's CPAC Weekend,.and the conservafools are suffering from an acute case of ODS, AKA Obama Derangement Syndrome.   They are also showing their true racist colors as well in trying to convince the country and themselves that conservatism is superior to liberalism.

Um, no it isn't.  I'll whack on conservatism later, but I wanted to point to another reason why I will never vote for a Republifool.

There was a CPAC panel discussion yesterday entitled 'The Failure of Multiculturalism: How the Pursuit of Diversity is Weakening the American Identity ' in which white nationalists supremacists Robert Vandervoort and Peter Brimelow were joined by Rep. Steve King (R-IA)

Panelist Vandervoort read a rambling speech by Islamophobe Serge Trifkovic (who wasn't able to attend CPAC) that claimed the “cult of non-white, non-male, non-heterosexual victimhood” and “multiculturalist indoctrination” is ruining the West. “The native Western majorities will melt away,” and concluded, “Europeans and our trans-Atlantic cousins are literally endangered species. The facilitators of our destruction must be neutralized if we are to survive.” 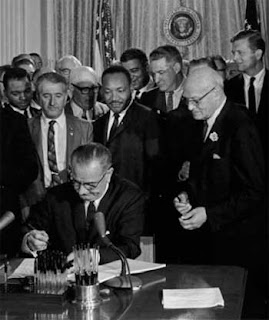 Rosalie Porter attacked the Civil Rights Act and Voting Rights Acts for giving too much political influence to minorities.

Oh really Rosalie?  I like as an American citizen of African descent being able to vote in every election I've been eligible to participate in since 1980, electing people who share my ethnic heritage to represent my interests in Washington DC, Austin, the Harris County Courthouse, Houston City Hall and the HISD Board of Trustees.

Brimelow has a bigoted track record in stating that the Republican Party should only concentrate on white voters.    During this panel discussion he continued the hatefest by claiming that multiculturalism and bilingualism were “diseases” that could wreck American society as they empower minorities and suppress traditional American (read: white) groups.

He also took a swipe at Canada by asserting the officially bilingual nation was a good example of how bilingualism becomes a tool of elites to help minorities (Quebecers) at the expense of the majority, and went on to call multiculturalism and bilingualism a “ferocious attack on the working class.” 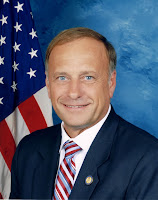 Rep. King, who is trying to get a bill passed that would make English the official language of the US, admitted he read Brimelow's book and gushed that he “eloquently wrote about the balkanization of America.”

Yeah, right.  All of y'all just earned nominations for next week's Shut Up Fool Awards and I thank y'all in advance for flapping your gums so I and other persons of color know who my enemies are.

And you wonder why African-Americans and increasing numbers of Latinos don't vote for any candidate with an 'R" behind their name.