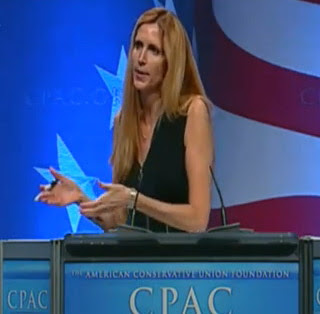 The conservafools are gathered in Washington DC this weekend for the annual Conservative Political Action Conference or CPAC as it's known.  All the heavy hitters and major players in the conservative movement will be in the house February 9-12 along with the hopefuls for the 2012 GOP presidential nomination.

So I'm counting on some Shut Up Fool award winning commentary to come out of this event.

So let's move on to determine what fool, fool or group of fools flapped their gums and put themselves in the running for this week's Shut Up Fool! Award.

This week's winner is Republifool Mark Oxner, who is running for Congress in Florida's 27th Congressional District and used slave ship imagery, white people rowing the oars and the claim that the POTUS wants to 'enslave your children' in this racist campaign ad.

This bull feces is going to be par for the KKKourse for any GOP and Tea Klux Klan candidate this fall.  They will deploy bigotry and racism in their races against Democrats in local, state and federal level races and in the presidential one against the POTUS.

Oxner should be ashamed of himself for doing so, but conservafools have no shame in their game when it comes to doing whatever it takes to win an election.  Just makes it easier for me and any other POC to spot them, not that any Republican will ever get my vote anyway for this precise reason..