Even in Death, There is No Peace for Whitney Houston 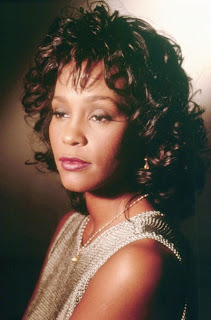 When I was young girl, I thought that Whitney Houston was a princess.  Everything about her seemed perfect and I am sure that I cracked a few mirrors attempting to sing like her.  As I grew older and Whitney attempted to take control of her own image, I began to understand that the Whitney Houston who I had loved — with what can only be described as a teenager’s glee — was a creation of Clive Davis.

In crafting Whitney’s public persona, Davis’s brilliance was giving Black people a woman who could be elevated at a time when we were all desperate for positive images of Black femininity.   This vision of Black womanhood was framed in a manner that was not threatening to Whiteness because it didn’t involve a political message which questioned inequality or any of the issues Black women have to negotiate in this world. Whitney was a Black woman with a powerful voice, singing cute and ultimately harmless pop songs rather than gospel or R&B music.  As a professional voice for hire, they told her what to sing and she sang it.

In the later years of her career, Whitney would take control over own image and move away from the “princess” Davis created in an attempt to be more authentically herself.  Whitney strove to bring in the traditions of her own culture as an African-American woman and to more closely tie herself to the Black community, but despite her efforts, she was booed at the 1989 Soul Train Awards.  Like many celebrities, the creation still obscured the person, but in her case it was specifically because many viewed her as “too white.”  Her acceptance in the Black community was often tenuous as a result.