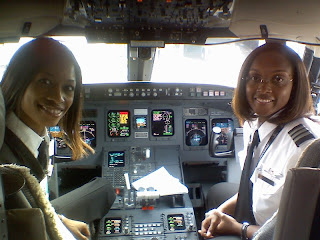 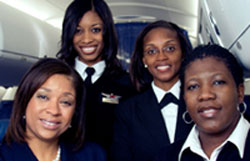 For the passengers on a recent Atlantic Southeast Airlines flight, an Atlanta based Delta Connection regional carrier, little did they know when they boarded that particular trip to their destination they were witnesses to aviation and Black history.

They had boarded the first US airline flight staffed by an all African-American female flight crew comprised of Captaion Rachelle Jones, first officer Stephanie Grant and flight attendants Diana Galloway and Robin Rogers.

On one hand it is a little sad we're talking about a 'Black first' in the second decade of the 21st century, but it still makes me pleased and proud as a former airline employee to see this recent Black history made with this all African-American female flight crew.