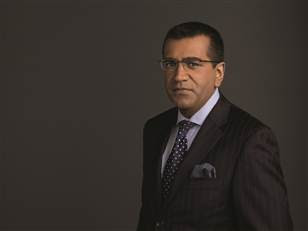 The truth hurts doesn't it conservafools?

Martin Bashir during yesterday's 'Clear The Air' segment of his show called out Rick Santorum and made a doubleplusgood comparison of him to Big Brother in the George Orwell novel 1984.

It’s now time to clear the air, and when we saw the latest Republican frontrunner, Rick Santorum, speaking before a crowd yesterday, all we could think of was George Orwell’s novel, “1984,” about a society dominated by the most extreme form of totalitarianism.

The similarities with George Orwell’s novel, and that movie, are not just superficial. No, Rick Santorum holds some pretty stern views on a number of important issues and he regularly sounds like a theocrat.

For example, he asserted that the right to privacy does not exist and has equated same-sex relationships with bestiality.

From ‘1984’: “Brothers and sisters, the endless catalogue of bestial atrocities, which will inevitably ensure from this appalling act, must, can, and will be terminated.”

Mr. Santorum has pledged to repeal all federal funding for contraception and says individual states should be allowed to outlaw any kind of birth control.

From ‘1984’: “The forces of darkness and the treasonable maggots who collaborate with them must, can and will be wiped from the face of the earth.”

In reviewing his book, “It Takes a Family,” one writer said Mr. Santorum has “one of the finest minds of the 13th century.” But, I’m not sure. If you listen carefully to Rick Santorum, he sounds more like Stalin than Pope Innocent the Third.

Hey, we can't help it that truth has a liberal bias and you got busted by a real journalist in terms of being called on the totalitarian playbook y'all been running in this 2012 presidential campaign.


1984 was supposed to be a novel, not a playbook to political power.