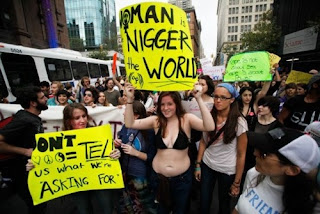 I've been thinking about the concept of microaggression since it puts a name to something I have experienced as a person of color for much of my life.

So what's microaggression you ask?   The term was coined by psychiatrist Chester M. Pierce, MD in the 1970's and it's the idea that specific interactions between persons of different races, cultures and genders can be characterized as non-physical aggression.

The concept of microaggressions is also rooted in the work of Jack Dovidio, Ph.D. (Yale University) and Samuel Gaertner, Ph.D. (University of Delaware) in their formulation of aversive racism - many well-intentioned Whites consciously believe in and profess equality, but unconsciously act in a racist manner, particularly in ambiguous situations.

Dr. Derald Wing Sue also breaks it down further into three levels of racial transgressions on the racial microaggression scale.

Microassaults: Conscious and intentional actions or slurs, such as using racial epithets, displaying swastikas or deliberately serving a white person before a person of color in a restaurant.

Microinsults: Verbal and nonverbal communications that subtly convey rudeness and insensitivity and demean a person's racial heritage or identity. An example is an employee who asks a colleague of color how she got her job, implying she may have landed it through an affirmative action or quota system.

Microinvalidations: Communications that subtly exclude, negate or nullify the thoughts, feelings or experiential reality of a person of color. For instance, white people often ask Asian-Americans where they were born, conveying the message that they are perpetual foreigners in their own land.

Micoaggressions can also be gender based as well.   Gender based Microassauts are basically overt sexism but also break down according to Dr. Sue into the following categories.

And yes, it's prevalent in the trans community since we are a microcosm of the parent society and I suspect it plays a part in some of the testy drama we have with each other.