Today was the day that Danica Roem made history by being officially sworn in along with the rest of her colleagues in the Virginia House of Delegates.

Ironically that was the same year Bob Marshall, who Roem handily beat last November, was elected to the district that Roem now represents.

Marshall was one of the more outspoken opponents of TBLGQ rights and earned the nickname 'Bigot Bob' for his longtime efforts to use his powers to legislate oppression against the Virginia TBLGQ community. 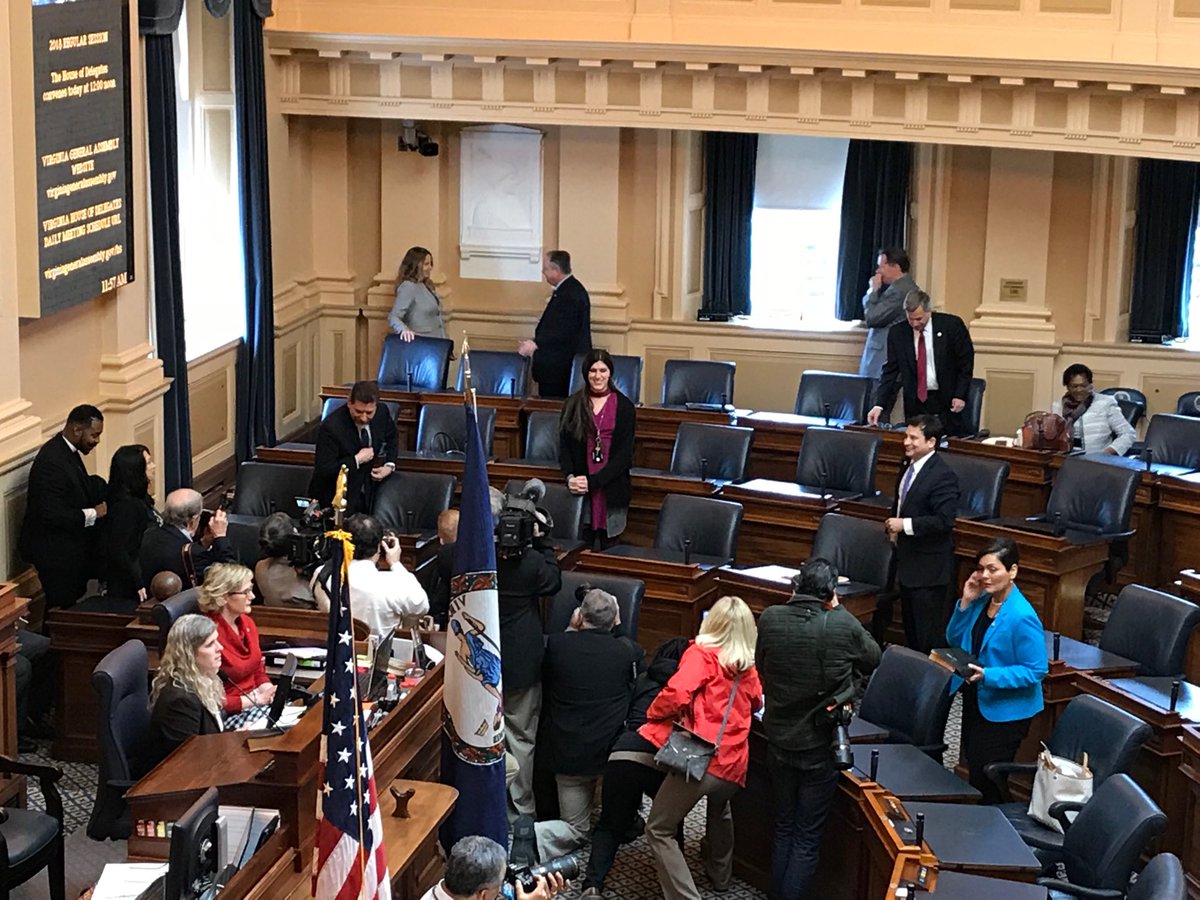 Who controls the Virginia House is still very much in doubt asn wo close races are headed to court to hopefully be resolved.   The Republicans for now have a 51-49 edge in the chamber pending the results of the court cases.

But today I'm focused on Del. Roem's historic achievement.   She's already filed ten bills, many of them focused on he campaign promise to fix the traffic problems on Route 28, and will soon find out her committee assignments as this session continues.
Posted by Monica Roberts at 6:00 PM