Season 2 Of 'One Day At A Time' Available January 26 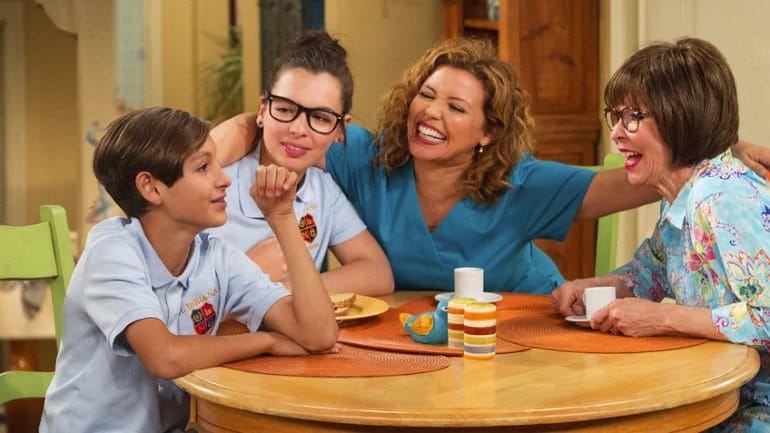 Many of you TransGriot readers know how much I loved along with television critics across the country the Latinx flavored reboot of the Norman Lear classic 1970's show One Day at a Time.

In the rebooted show, it focuses on three generations of a Cuban-American family in LA headed by Afghan war vet and combat nurse  Penelope Alvarez  (Justina Machado) .  She is newly divorced from her husband Victor and is juggling her job at a doctor's office with raising her two teenage kids Alex and Elena with the help of her mother Lydia (Rita Moreno).

The fact that Justina Machado and Rita Moreno were part of this reboot was a bonus and was what got me to watch it in the first place.  After the first episode, I was hooked and kept binge watching it for several hours, then went back two days later to watch it again and catch anything I'd missed.

Season One dealt with issues including Elena's coming out, Penelope struggling with anxiety issues, dealing with the VA, faith, families being split by deportations, and the Season One closing quinceanera for Elena.

There was even a cameo appearance by Mackenzie Phillips as Pam, the facilitating counselor for Penelope's women's veterans group.


Season Two promises more of the same.  It will deal with Penelope now adding going back to school on her crowded plate, xenophobia, and adjusting to Elena being out.   There also promises to be more humorous moments in the multigenerational Alvarez household

But I and every other fan of the show will have to wait until January 26 to see it.