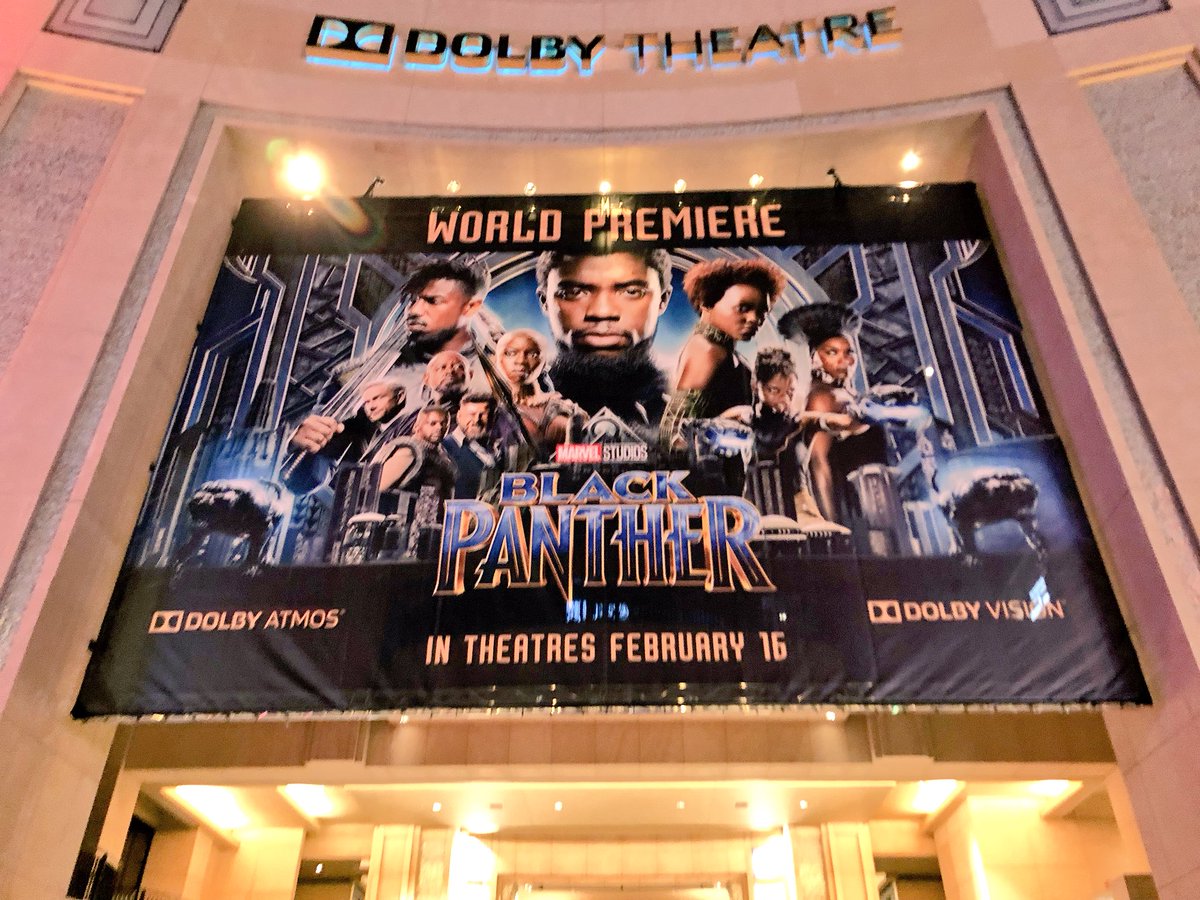 It's almost that time that me and my friends are eagerly awaiting in terms of the public release of the Ryan Coogler directed Black Panther film on February 16.

Myself and many of my friends are already planning to check out Black Panther when it opens at our local multiplexes, and there are Black Panther themed parties planned for that weekend across Wakanda, er Black America.

Tickets are already selling out for the opening weekend, and I would not be surprised if this movie, opening smack dab in the middle of Black History Month, makes some serious money.

Because I damned sure want to see some Black Panther sequels

A sign that we're getting closer to the Black Panther debut was its world premiere in Los Angeles at the Dolby Theatre last night.   The stars of the film walked the PURPLE carpet (purple is the royal color of African royalty FYI) in African themed attire that being called by the best red carpet event of 2018.

The fabulousness of the cast walking the purple carpet in African attire paled in comparison to the movie.   The reviews have been embargoed until February 6, but word and praise for the movie is already filtering out that calls Black Panther the best of the Marvel superhero movies so far.

The Los Angeles Times Tre'vell Anderson said on his Twitter feed  "BlackPanther is a love letter about blackness, to a world that often ghettoizes it without realizing that it is on black backs that this planet revolves."

Hey, I expected nothing less.     See y'all at the multiplex.
Posted by Monica Roberts at 10:30 AM