50th Anniversary of the 'Game Of The Century' 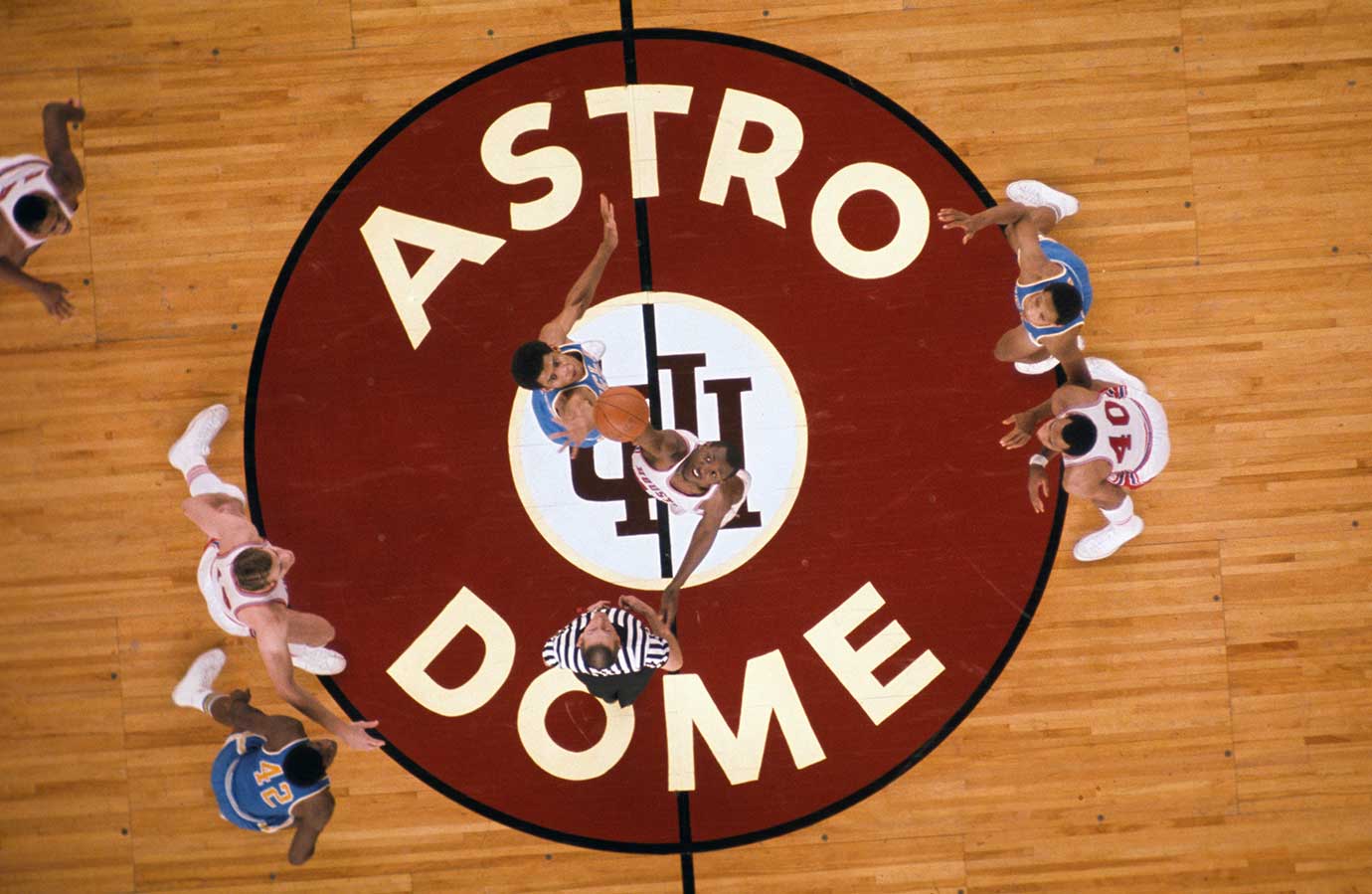 Would have been nice if on this January 20 date the University of Houston and UCLA would have played at NRG Stadium on the 50th anniversary of  'The Game of the Century'.

But alas, just like ten years ago, we couldn't get UCLA to agree to play that game,

We ended up on this historic day playing and beating #7 ranked Wichita State for our first win over a Top 10 ranked team since 1996.

Probably why UCLA was 'scurred' to play us

During halftime of the UH-Wichita State, several members of that 1968 Cougar squad were honored with framed photos to commemorate the 50th anniversary of that seminal game.

It was a game that set the stage for how we view college basketball today and fueled March Madness. The 1968 game at the Astrodome was not only the first time a collegiate game was played in a domed stadium, it was also nationally televised in prime time.

It also drew the then largest crowd of 52, 693 people to watch the unbeaten number one ranked Kareem Abdul- Jabbar led Bruins take on the also unbeaten and number two ranked Cougars led by Elvin Hayes. 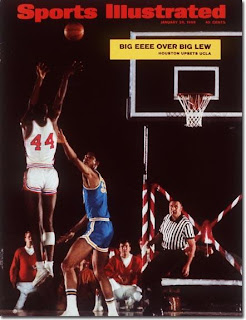 The Coogs upset the Bruins that night 71-69 to end their 47 game winning streak and avenge their 1967 NCAA championship semifinal drubbing at the hands of UCLA.