'In a time when it's hard for us to generate infinite hope in the face of the crushing disappointment of the November 8 election results, it's what we must do right now.  Our kids are counting on us to fight for them and the America we want to see harder than this conservafool nightmare the right wing fought hard for decades to make happen.'
-TransGriot, January 15, 2017

Happy King Day TransGriot readers!  This is one of those King Day federal holidays that every few years also falls on his January 15 birthday.

But on this King Day I'm thinking in terms of the hell we went through and the New York village idiot in charge of the Oval Office. 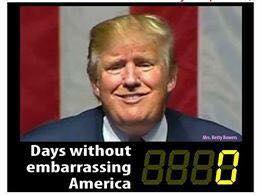 The past year was one that will live in historic infamy. Rampant racism coming from Trump and his GOP.  A media that needs to do their job and call the unjust actions out and call a lie a lie instead of trying to sugarcoat crap.

But it's a year later, and the signs are we didn't lose infinite hope in this nation.

In Texas we killed the unjust SB 6 bill twice.  We made it die in the regular season and again in the Special Oppression Session.   In Virginia we finally got a trans person elected to and seated in a state legislature while unseating one of our community's legislative enemies at the same time in Bigot Bob Marshall.   We also got two Black trans people elected to the Minneapolis City Council in Councilmembers Andrea Jenkins and Phillipe Cunningham

The resistance to the Trump tyranny is continuing to grow.   Whether it's federal judges who follow the rule of law and block his unjust executive orders and policies to good men and women who can't stand what has happened to this country since his election, people are choosing to fight the Orange Power instead of bow down to it as Omarosa claimed we would.  .

Oh yeah, has anyone seen Omarosa lately since she got bounced from the White House?  Her useful fool time is up and she got kicked to the curb.

And with no nonsense media people like Joy Reid and April Ryan leading the way (#TrustBlackWomen), the media seems to be finally pushing back against the nonstop Trump lies and conspiracy theory idiocy instead of letting them pass without being called out. 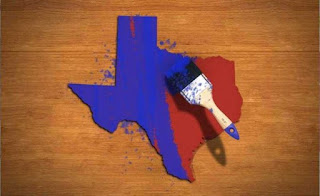 A critical midterm election is coming up.   In Texas alone after their attempts to legislate injustice aimed at the LGBT community failed, we have seen 50 TBLGQ community members step up to run for office. in the Lone State State, and five of those candidates are transgender.

November 6 will be here before we know it, so get registered and handle your 2018 election business

And I'm hopeful this is the year my Black cis family stops looking at their trans siblings as embarrassments or worse and start respecting and recognizing out humanity and the talents we bring to our kente cloth covered family table .

And kids, Happy King Day!   I hope we elders make you proud as we fight for a better America and better world on your behalf.
Posted by Monica Roberts at 12:00 PM