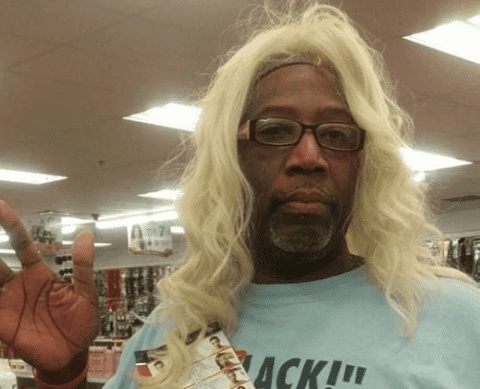 Jacksonville, FL has become the next human rights battleground in the wake of the HERO debate and the Jacksonville City Council set to consider their inclusive ERO next year.  As you probably guessed. the faux faith based haters are already trying to deploy the debunked bathroom predator lie.

Jacksonville, my offer to help combat the lies still stands.

Monday night my mayor Annise Parker was invited by the Duval County Democratic Party to discuss what happened in H-town to kill the HERO.

Pastor Kenneth Adkins, whose behind doesn't even live in Jacksonville, but St. Simon's Island, GA and pastors a church in Brunswick, GA, decided to ignorantly stick his nose in Jacksonville human rights business.   Or was he paid to do so?

Yo, Kenneth. How much money did the local haters pay you to be the human shield for their hate campaign against the Jacksonville ERO?   My inquiring mind wants to know the answer to that question

He threatened to show up at the protest in drag to allegedly 'send a message to the Duval County Democratic Party' , but backed out at the last minute.

Mayor Parker did comment after her speech about Pastor Adkins transphobic ignorance.

“Anyone who would do that has no concept at all of what gender identity truly is and how hateful and hurtful that is,” Mayor Parker told WFOX-TV.


But this just goes to show you once again how the anti-human rights forces since 1993 are continuing to use sellout kneegrow (they don't deserve to be called Black) pastors to be the face of their campaigns while the predominately white professional gaybaiters do the dirty work to kill human rights laws behind the scenes.

As Rev. F.N. Williams and Rev. Max Miller found out here, once the predominately white professional oppressors don't need them any more, they will kick them to the curb and take all the credit for the win.

And as for Pastor Adkins, I pray you're not related to me.   I'm sick and tired of anti-trans ignorance like that in the Black community, and it needs to stop.

Hope you don't fall for that okey-doke Jacksonville.   And I also hope you'll get a transperson in the Jacksonville area to combat the anti-trans lies they are flinging..